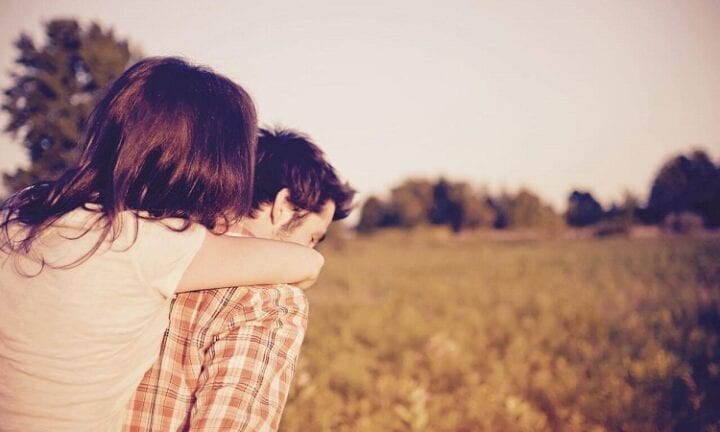 He’s probably the type of guy who always says “I love you” but how can you really tell that he does? If only finding the answer is as easy as plucking petals off a flower, then you don’t have to worry anymore. I hope everyone is aware that words are just words and it’s still actions that really count. Not all people who say those three words and eight letters really mean it. Love is a tricky thing, so you should be wise as well.

Find out the answer as you read through the signs I listed down if your boyfriend really loves you.

1. He always makes a great effort.
A boyfriend who truly loves you will not be contented with making mediocre efforts because he always want the best for you. Even if it’s too much for him, he will do it because he’s happy to do it.

2. He always find a way to be with you.
A guy who truly loves you is going to free his time for you no matter how hectic his schedule is. Remember that there is a big difference between someone who frees his time just to talk to you and someone who talks to you during his free time.

3. He stares at you like his dream has finally come true.
He looks at you like he can’t believe you’re with him. This is the kind of guy who is not looking at you for lust and desire but rather it’s a look reserved only for you. I have to admit I find this sweet, especially if my boyfriend tells me “I can’t believe someone like you is already mine.” I can’t help but shuddered in delight every time I hear this and I do feel his love for me.

4. He can’t keep his hands off.
Being in love with you means he loves to just stay close to you, touch you, and hold your hand. Touching you in different ways like stroking a stray hair off your face or holding your hands in public shows how much he adores you, and how proud and lucky he is to have you.

5. He makes you laugh.
If he is comfortable enough to make a fool of himself just to make you laugh, then there is no doubt that he is in love with you. A guy who is into you, loves to see you smile and will do everything he can to bring it out, especially when you’re feeling down.

6. He cuddles you like a baby.
If he loves to cuddle you with pure love and affection, then you’re lucky enough to have him. A guy who loves to embrace his girl like she’s a baby, is a sign of a gentle love. It could also be a sign that, for him, you are a precious treasure to keep and handle with care.

7. He misses you when you’re apart.
When a guy loves someone, he longs for her presence and misses her when she’s gone, even if he just see each other for like an hour. He will make a call or send text messages just to talk to you and feel you like you’re with him though you’re far.

8. He doesn’t give up.
He doesn’t quit without a good fight. No matter what the problem your relationship has, he will try his best to find a solution to solve it. He doesn’t care what others will say. He always endures and he doesn’t lose hope.

9. He gets jealous but knows how to control it.
To get jealous is just normal in a relationship because it is a sign of overflowing love. It also a sign that he’s afraid to lose you. However, a guy who truly loves you will not be overly jealous, because he understands that it is bad for you and your relationship.

10. He pauses his favorite video game just to talk to you.
We all know that there is something about games and guys that are just inseparable. But when he pauses his video game or cancels his night out with friends just to talk and be with you, he surely prioritizes and adores you.

11. He tells you his secrets.
A guy who has nothing to hide is better than someone who tends to be very mysterious and sketchy. If he opens up about things he never even dare to tell his closest buddies, then it means he trusts you and really loves you.

14. He texts you each morning and night.
You know he’s in love with you, when he texts you “good morning” the moment he wakes up and asks “how’s your day?” before he goes to bed to make sure you’re alright. These acts show that he thinks of you every day and night, and that’s when you know you’ve got him.

15. He stands by you through good times and bad times.
When a guy truly loves you, nothing will be more important than being there for you in times of trouble. He’ll step up and be there no matter what the situation is.

16. He forgives you.
If he adores you, he can’t stay mad at you for too long without regretting it. He’ll make the first move and apologize even if he’s not wrong.

17. He respects you.
Love is all about respect. You’ll know he’s in love with you if he respects your decision, opinion, and everything about you.

18. He loves spending for you.
Whether it is time or money, if you become his priority he’ll sacrifice these things for you. He’ll love giving gifts for you, paying for your meal, or spending time with you when he could be working. It doesn’t matter how expensive it is, but what matters is how much is he willing to sacrifice.

There are no specific ways on how you’ll find out that the guy is really in love with you because at the end of the day, it’s still up to your own feelings and instinct. But I hope these signs can be your guide so you would know what to look out for on your boyfriend beyond his every “I love you”.