When we pray for something, we tend to want it now. It’s only human. If I know I need more money, I don’t want to wait a month to get more money – I need it now so I want it now. But, that’s not the way it usually works out, and sometimes hopelessness can easily set in and we can lose the prayer, belief, and expectation required to get us what we want. 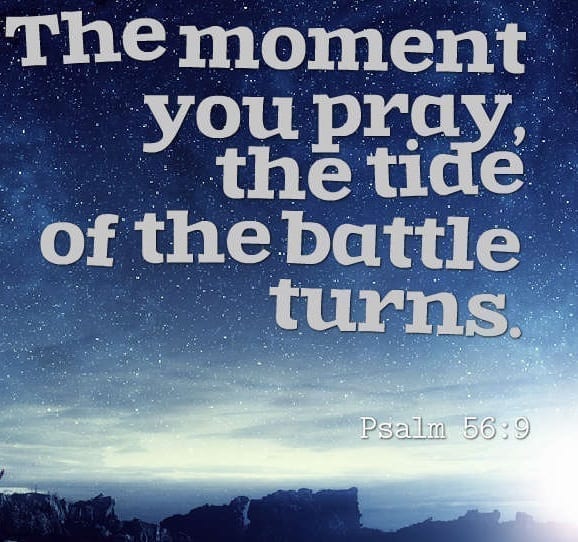 Joel Osteen recently did a sermon titled ‘The Twenty-First Day’ that teaches us just because we don’t see anything happening doesn’t mean it’s not coming. He refers to Daniel 10, where Daniel sees a vision and is told by an angel that after the first day Danial prayed, the angel was sent with an answer, but for 21 days he was blocked and couldn’t reach Daniel. His answer was coming, it had just been delayed. Following are some inspiring quotes from Joel Osteen’s sermon.

Contents show
1. Not Seeing Something Doesn’t Mean It’s Not Coming
2. Keep Standing In Faith
3. Things Are Working For You, Not Against You
4. It’s So Obvious When It Happens
5. Worrying Keeps Your Prayers Unanswered
6. What If You Knew Your Prayers Were Going To Be Answered Next Friday?
7. Knowing It’s Not Too Late…
8. Just Do Your Part
9. Prayer Is Not A ‘Set It And Forget It’ Type Thing
10. It’s In Transit

1. Not Seeing Something Doesn’t Mean It’s Not Coming

Just because you don’t see anything happening doesn’t mean the answer is not on the way.

This is something I have learned in my life.

I can’t count the number of times I’ve gotten something I wanted after I had almost given up on it. I had thought that because I hadn’t seen it, I wasn’t getting it. But, after many lessons, I finally realized that even though I didn’t see anything happening, it didn’t mean something wasn’t going to happen.

When I took Becoming Limitless by Vishen Lakhiani, there was an exercise that helped me stand in faith for the things I want. Even though Vishen wasn’t teaching about prayer, the bottom line matches up with this quote from Joel Osteen.

The technique that Vishen taught was about ordering what you want from the universe (or as he said, the kitchen), believing that it was coming (it was being cooked and prepared for you), and then standing in faith as you waited for it to come (the waiter would bring it out when it was ready).

I wrote down all the things I ordered from the ‘kitchen’ and posted it on my bulletin board in my office. I was amazed at how each order came up out on its own time, and, honestly, what I wanted didn’t take too long to come. Maybe it’s because I had a ton of faith?

3. Things Are Working For You, Not Against You

If you know someone who always says things like ‘The world is out to get me,’ then this is a quote you should share with them! It’s an affirmation that they can say over and over again until it becomes a belief that will serve them well.

4. It’s So Obvious When It Happens

When you come into your 21st day, every force that’s held you back will be broken.

When your prayers are answered, it’s so obvious that things were meant to work out in your favor.

Everything that was holding you back from getting what you want disappeared. Things seem easier. And, you find yourself recognizing how everything happened so that you could get to where you are.

It’s not enough to just pray, you have to follow it up with expectancy… with a knowing that God not only heard you because you prayed according to his will, but that he dispatched the angel with the answer.

It’s really important to expect what you ask for. When you do that, you are more capable of living in the moment, taking the appropriate actions, and spotting signs that what you asked for is coming.

Worry causes a ton of doubt and you become stuck in a worry-hole that doesn’t allow you to take action and stay observant.

In my experience, this can delay your prayers from being answered because you are not able to do the appropriate things needed to line you up with what you asked for. Even if someone knocks on your door offering you the thing you prayed for, you may turn down because you are in such a foul mood.

6. What If You Knew Your Prayers Were Going To Be Answered Next Friday?

I love this quote!

It’s not too late. You haven’t made too many mistakes. You haven’t missed too many opportunities. God put the promise in your heart, it has your name on it, and God doesn’t change his mind.

All the other quotes should have you hopeful, feeling as if it’s not too late because what has your name on it is going to come to you eventually.

But, this quote from Joel Osteen is an extra reminder that no matter how many mistakes you’ve made or how many opportunities you think you’ve lost if you ordered it and it has your name on it, it’s being delivered to you eventually.

8. Just Do Your Part

While you are waiting for the promises… do your part. Keep praying. Keep believing. Keep expecting.

Don’t give up on what you are waiting for. Do your part. Pray, believe, and expect. When you do that, you will find yourself making all the right moves in your life.

Personally, I find that prayer, belief, and expectation help motivate me to live my best life while I wait for things that I want. They help me feel gratitude, enjoy the moment, take hold of opportunities, and make the most of what I have.

9. Prayer Is Not A ‘Set It And Forget It’ Type Thing

Prayer is not a one-time payment.

If you are serious about what you are praying for, you have to show that you are not going to give up. Joel Osteen says to keep paying what you want down – just like you would a mortgage – one prayer at a time. Also, he says to keep praising it down, one praise at a time.

I find that if you just pray for something once and forget about it, you don’t stay open to the possibilities that will help you receive that prayer. In fact, I’ve shut myself off from receiving anything when I’m not consistently hoping for – or expecting – anything good to come to me.

Don’t stop praising, don’t stop believing, what God put in your heart is in transit.

Joel Osteen says that the bottom line is to pray and know that once you do it’s in transit. It may be in the preparation stage or the shipping stage or the delivery stage, but it’s coming.