Do you ever wonder what those grumpy old men talk about when they are sitting together having coffee? You can tell they are mostly complaining. You hear the occasional swear word. You watch them shake their heads in disbelief at certain people and how they act. But, what do they talk about? Well, I decided to listen in. Unfortunately, after I started listening, they only talked for a short time more and then got up and left. Next time I will try to get quotes from a full conversation, but for today, here are two quotes from the last few things they talked about. 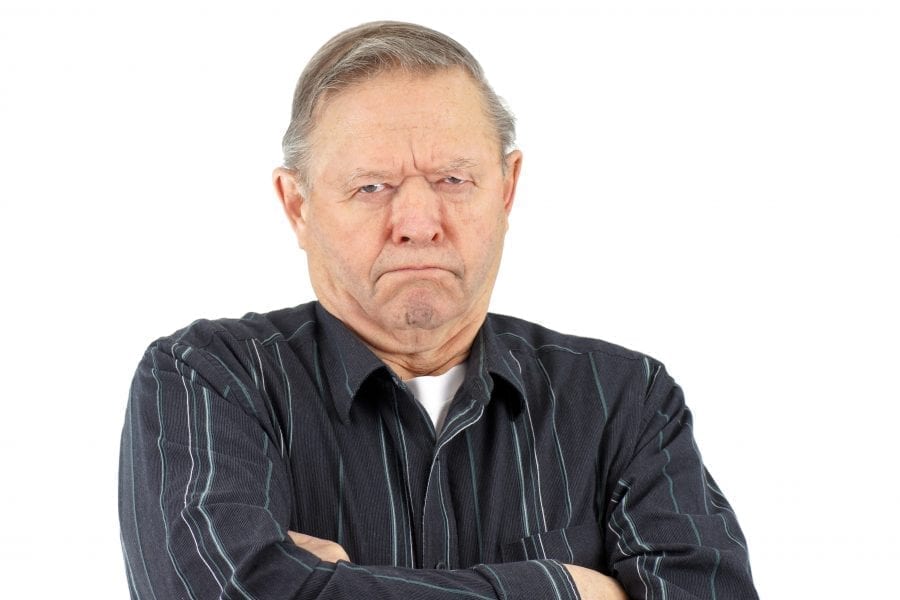 “I barely know my neighbors. They get in their garages and close their garage doors before they get out of their cars.” – Grumpy Guy One

The spent a while talking about this point. Grumpy guy number one was complaining about how he barely knows his neighbors. He can recognize them – and he’s sure that they recognize him – but he doesn’t talk to them because they get in their house too quickly and then spend all their time in their backyards with their big fences.

He feels like it is a shame that the world has become this way. His main concern is that if something happened in his part of the woods, his neighbors wouldn’t come together as a community to work through it.

I don’t know my neighbors. In fact, I’m the person closing my garage door before I get out of the car. I don’t want to get caught up in conversations with my neighbors and have to talk every time I run into a neighbor.

But, grumpy guy one has made me think. If something were to happen, I don’t even know what my neighbors look like, so how would I know who to trust and who to turn to in an emergency?

Maybe I should spend more time at least acknowledging my neighbors. I don’t think I want to engage in a conversation, but maybe I can pull out a wave and a quick scan of their face so I know what they look like.

2. People Are Too Paranoid

“We live in a strange, paranoid world. Just because you think it up doesn’t mean it’s true.” – Grumpy Guy Two

They spent some time talking about the bad things happening in the world, then, interestingly, grumpy guy two said the above quote as he talked about how fear spreads online through social media.

That is so true. Just because someone has a fear, doesn’t mean it’s going to come true. And just because you think of the worst-case scenario – or any bad scenario – doesn’t mean that it’s going to come true! Yet, we all tend to believe the things that we come up with within our minds. We also tend to believe the things that other people come up with within their minds.

This is a quote that comes from experience, though. In hindsight, it’s clear to see that 99% of our worries don’t come true. But, at the time, it really feels like they could come true.

When you start to think up something bad, the trick is to remember the quote from grumpy guy two. Just because you can think it up, doesn’t mean that it’s true.