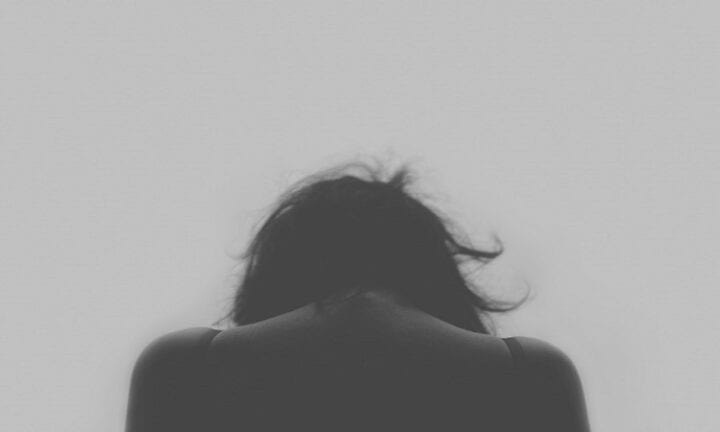 “Most people want to see you do better, but not doing better than them.” – London Mond

It’s funny how people are nice in front of you, but talk negative things behind your back. They feel insecure and angry with themselves, so they make up stories or exaggerate it to pull someone down. Some of them are overly friendly and will feed you with flattery for no apparent reason. They are fond of wearing mask and can make a show about being friends with you, but indulge in poisonous gossip about you.

One thing I learned about dealing with backstabbers is that, they are only powerful when you got your back turned. At first, it wasn’t easy to deal with them and I admit that there are times when everything they said really got into my nerves. However, I realized that there is no reason to degrade myself by making me hate them because I know myself better than them.

Since, I’ve learned how to handle it,  allow me to share some smart ways on how to deal with backstabbers.

1. Stay calm.
No matter how pissed off I am hearing all those misleading stories, I make sure to keep myself calm before I make an action. A mad person will only commit irate actions and might say things he or she will regret in the end. So, inhale, exhale and take an hour to digest the information. Once you feel calm enough, proceed to the next step.

2. Keep yourself from retaliating.
Well, this has been one of the biggest mistakes I’ve made when dealing with backstabbers. I just can’t help myself from fighting back at them. I keep on posting negative things about them to piss them off. However, this is not the right thing to do. If you don’t want to step unto their levels, better keep quiet and just laughed at whatever lies they are spreading about you.

4. Don’t underestimate the power of a backstabber.
Never ignore the behavior of a backstabber or offend the person more, because you don’t know what they can do once you push them to their limits.

5. Listen to the other person’s story.
It’s not always right to keep your side only. There are times when you probably mistaken the situation or it is more complicated than you thought. The best way you can do is to allow them to tell their side of the story without interrupting or getting mad at them. Perhaps, they did not really do the backstabbing intentionally, so you have to hear them out.

6. Calmly confront the backstabber.
Some people might say it’s better to go straight to the source and confront the backstabber rather than to stay quite. This is quite true since you don’t have to backstab a backstabber, because if you do that, you will not be different to that person. So, try to confront your backstabbing friend but do it calmly and maturely with the goal of solving the problem without getting into trouble.

8. Prove them wrong through action.
Correct those rumors and false perceptions through concrete actions. Remember the saying “actions speak louder than words” So, whatever gossips or false claims your backstabbing friends are inventing, show them the truth to prove them wrong. It will make everyone around you realize that those things being accused to you are all false.

9. Drop them out of your life and let it go.
You don’t need to have a relationship with people who will pull you down, so you better cut them off. Just accept the fact that there are people who are not meant to be your friends. Remember the saying that “bad company corrupts good character”. So if you want to keep your good character, keep away from fake friends and stick to the real ones.

10. Learn from the experience.
I always believe that there is something to learn from every situation. Being a victim of backstabbers will help you learn more about your haters and also about yourself. Recognizing these things will also help you grow more.

People often have to deal with backstabbers everywhere. If you want to know how to catch a backstabber, here’s a clue. They want to gain something for themselves and gain power over you. You might have friends who smile at you but behind your back, they attack you. You also have to be very careful about who you hang out with because you don’t know who are real and who are not. They love to stir up conflict and enjoy seeing people going to each other’s throats. They always deny their role in spreading lies and are skillful at making you feel like the guilty party.

When dealing with backstabbing friends, it is important to maintain a positive sense of self and never reflect on what they are doing towards you. Nobody wants being the unwitting target of someone’s aggressive actions. However, there are also positive things you’ll learn from it. Soon, you’ll learn to keep away from over friendly people, empathize with gossipers, and realize that going behind someone’s back can make matters worse.

So to wrap things up, you don’t have to worry about those people who talk behind your back and spread rumors, because they are behind for a reason. It might be a bit challenging but as time goes by you’ll learn how to overcome them.