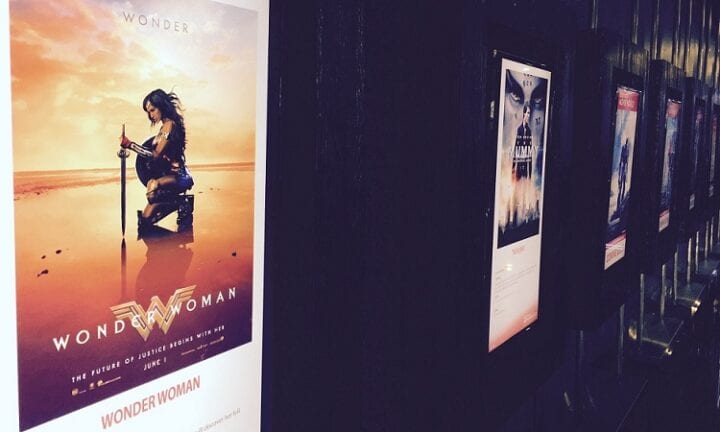 Many generations have witnessed the birth of several women superheroes that have not only inspired old and young people but have also empowered individuals to be the best versions of themselves.  These heroines may be just products of their creators’ imagination but they have been unstoppable in giving hope and strength to millions of readers and moviegoers around the globe.

One ultimate example of a superhero movie that everyone is talking about nowadays is Patty Jenkin’s take on the DC superhero, Wonder Woman. Played by Gal Gadot, Diana of Themyscira is an Amazonian princess and an unconquerable warrior who saved the world from the corruption of Ares, the god of war.

An overwhelming number of reviews have flooded the online world because of the movie’s themes of empowerment and its successful attempt of portraying women outside of their stereotypical roles: from being just a damsel in distress to becoming the mightiest, fearless yet compassionate hero that humanity needs. However, aside from all the awesomeness and the crazily amazing fight scenes, the movie also presents its audience several insights that everyone can learn from, especially for women.

Here are some inspiring lessons that women can learn from Wonder Woman.

1. You don’t have to be a man to save the world.
For many centuries, women have been portrayed as vulnerable victims and defenseless princesses who always need saving. However, Diana proved that regardless of gender, anyone can make a difference and create a better world.

2. You’re never too young (and too girly) to dream big and go bold.
Do you still remember the time when you used to dream about what you wanted to be when you grow up? How many times have we been told that we can’t be a policeman, a doctor, a firefighter, an astronaut, because we are girls and those jobs are just for boys? You’re never too old, too weak, or too girly to finally fulfill that dream.

3. You have to work “five times harder, ten times harder” – even if you’re a goddess.
No one is born a hero and even Diana had to train ten times harder until she was better than the great Antiope. The modern world sometimes sees women as weak and incapable of achieving great things but working hard and giving it all you’ve got can prove them wrong.

4. You don’t need a sword to be a warrior.
The big twist was, the legendary god-killer was not actually the sword. The true god-killer was Diana herself. The lesson that we can learn from here is, you can fight and win your battles by believing in yourself, by using your own strengths to rise from failure and be victorious in any battle you’re thrown into.

5. Stand up for what you believe in even if the world thinks you’re clueless.
There are times when society thinks that your voice doesn’t matter and that everything you believe in is foolish and irrational. Nonetheless, if you know that you’re right, stand your ground and never give up. Don’t be intimidated just because you are “just a woman”. Be confident because you are a woman.

7. Appreciate even the simplest and most mundane things in life – like ice cream.
Most of us try to find happiness in seemingly fleeting things in life: the clothes we buy, the jewelries we own, how many ‘likes’ and ‘followers’ we have online, etc. Wonder Woman reminds us to notice and appreciate the joy that things that are always unnoticed can bring -for instance, something simple as an ice cream cone.

8. In fashion, it’s function over style.
Don’t be pressured by what society thinks is fashionable and gender-appropriate. Just wear your style, assertively and without regrets. If you don’t feel confident with those heels, grab those sneakers and feel fabulous. If you think that dress is too much, ditch the glam and just have fun. The point is, you don’t have to let other people tell you what to wear. Period.

9. Don’t be a slave of time.
Don’t let that “tiny thing” tell you what to do. Although it’s important to understand the value of time, anyone should also be aware of how letting it control our lives will make us slaves to the toxic lifestyle that we have willingly chosen for ourselves. It won’t hurt to not look at our watches and panic about the things that still needs to be done. Just relax, take a deep breath and truly live.

10. Don’t let men tell you that you’re wrong just because you’re a woman.
As a woman, your voice matters. Many people may not agree but don’t let this false and sexist belief hinder you from expressing yourself. Unlike the old times, women around the world have proven to be equally competent in different fields and sectors of the society. We are allowed to speak and be heard and don’t let anyone tell you otherwise.

11. Your shield won’t protect you forever.
Just like how Diana still managed to fight and win without the help of her shield, you, too, should stop depending on the walls you have built around your comfort zone. It’s time to stop being on the defensive side and start fighting with your bare fists.

12. Strange places will help us know more about ourselves.
As a woman, you may feel afraid of going to new places not just because of the uncertainty that you have but also of the fear that you might not be strong enough to start a new life in a strange place. However, going out of your comfort zone can help you know more about yourself – just like how Diana discovered her destiny and who she really is, you’ll unravel the most exciting and fulfilling things that life has to offer.

13. Dance (or sway) as if the world isn’t at war.
Live life as if the world is still a beautiful and peaceful place. Our planet is facing the most horrifying environmental challenge that humanity has ever seen. Along with this, atrocities and injustices in many nations are killing our hope in humanity one war at a time. Amidst all these negativities, be a light to the darkness. Be a rhythm to the noise, a graceful balance to the chaos. Just dance, and inspire everyone to dance with you.

14. Knowledge is power.
Diana’s knowledge served as a golden ticket to the world of men when she impressively deciphered a code that even the highest ranking uniforms know nothing about. Just like Wonder Woman, you too, can use what you know to continue soaring greater heights and uplifting the power of womanhood to its rightful place. Even if you’re not a goddess or a demigoddess, you’ll always have that superpower. Use it well.

We can find inspiration from many things and even a fictional story about an imagined superhero can change our realities and inspire a more optimistic take on life – especially for women.  Let Wonder Woman be a source of hope and light during the darkest times; and let her courage and love restore your faith in humanity. 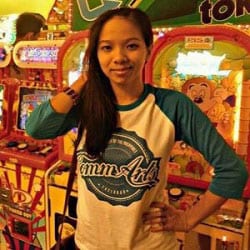