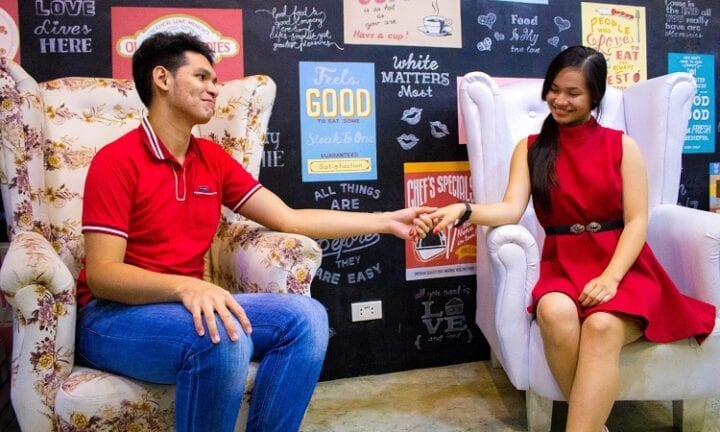 Have you experienced getting paranoid over your husband or boyfriend?

Do you sometimes feel the fear that he might find someone else – someone prettier, sexier, and better than you?

If your answer to either or both questions is yes, then don’t worry: you are not alone.

Almost every woman in the world share this kind of feeling, the fear of being left for someone else. However, most members of the female species only look at this from one angle, that men are by nature polygamous. That doesn’t sound quite fair, right?

But instead of wallow and grieve, perhaps you would want to take this challenge differently through one-shot prevention and cure: by making him love you more.

Doing this is actually easy, and you can start with the following surefire ways:

1.Listen to him. Always.
Men like to think that they are in control of the relationship, and you should give that to them man-even if sometimes you know otherwise. And while he wants to tell you about his dreams and aspirations, if you keep on giving pessimistic opinions each and every time, the more he would think that you don’t care about his feelings anymore, thus leading him to go and look for someone he could vent on.

Rather than let someone else serve as a shock absorber, why not start listening to him. Be more patient and attentive whenever he talks about his ideas and whims, as for him this shows that you are there for him through thick and thin.

2. Stay pretty.
While your man won’t admit it, he does want to see you pretty at all times. Yes, men can be superficial sometimes, but not to the point that they want their girlfriends or wives to look like movie stars all the time. Sometimes, even just a simple powder and lipstick retouch can go a long way.

A man who is truly in love always sees his lady as his source of pride, someone he can show off to the world as his partner. But how can he do that if you don’t take the time to dress up and be beautiful?

You may want to maintain a signature fashion style that’s neat and classy but not too flashy, a style that showcases your confidence and personality. With this at hand, your man will not only love you more but would be more proud of the fact that he’s in a relationship with someone gorgeous inside and out.

3. Pamper him with little things.
Most men usually give their girlfriends flowers, chocolates, pieces of jewelry, and other presents. But while they ask nothing in return, they do want to be pampered sometimes.

You may want to treat your guy for a massage, especially in times when he is totally stressed from work, or cook him dinner that would comfort his senses. You may also want to take him out on a date for a change, or watch a movie he totally likes. Seeing these simple efforts are a big deal for most men, as they cannot resist being treated like a king.

Your man secretly appreciates it when you speak your mind, but he wouldn’t show it outright. It is because he has his pride to maintain, and accommodating his girlfriend or wife’s opinion openly is often seen to be damaging the male ego. So yes, it would be better to share your take on things only when he asks for it. On your end, you not only get to say what you want but deliver your words without disrespecting him.

5. Don’t nag. Ever.
Sometimes when in a relationship, you find yourself pressing your preferences on your partner, even if he doesn’t agree to this. When he doesn’t give in, you tend to nag and become angry, and in return, he becomes angry too. You don’t want to fight over petty things, just because you didn’t get what you were asking from him, right?

A cardinal rule in any relationship is for you never, ever nag. Don’t ever tell him repeatedly to come home on time, or to buy you flowers, to remember special calendar dates. Rather, let him do the effort in making things special, or getting used to what you want. Give him the space to adjust and realize what’s tolerable for you and what’s not. By then he’ll know where exactly the two of you position yourselves in this relationship and move from there.

Guess what: most women tend to lose these qualities bit by bit like the relationship blossoms, as they become more consumed by what their boyfriends or husbands want them to be. But that doesn’t work that way. It is important to keep in mind that you stay the way you are – the woman your man fell in love with. Sure, you two may already be in a relationship, but that doesn’t mean that you lose yourself in the process. Rather, value yourself as an individual and let him feel it. This way, he’ll only love you more because he knows your true worth.

ALSO READ: 18 Inspiring Tips to be Happy in a Relationship