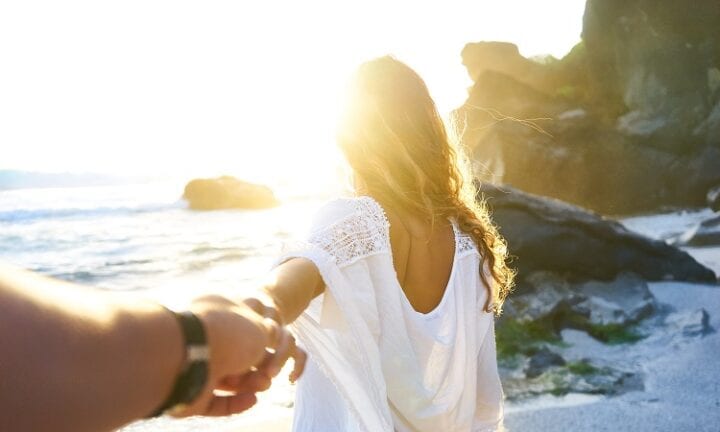 5. Don’t flirt with other men.
A good girlfriend is loyal and faithful; she won’t make her boyfriend feel jealous and won’t flirt around with other guys. Show him how desirable you are and trustworthy by fixing your eyes only to him.

8. Send him sweet messages.
A quick message telling him “Good morning’ or “I love you” everyday can brighten up his day. No matter how short it is, as long as it’s sweet, he’ll appreciate it because it makes him feel you’re reminded about him each day.

12. Let him be.
Respect him as a man. Give him freedom and let him be without always trying to change him.

13. Accept his flaws.
Don’t expect your partner to be perfect. Accepting each other’s flaws is a foundation of a strong and healthy relationship.

15. Don’t make a decision when you’re angry.
If you don’t want to regret on your decisions in the end, then don’t make it in the first place, especially when you’re in the midst of anger. Give yourself time to cool down so you’ll come up with the best judgment.

17. Pamper him.
Cook for him, buy him little present, or prepare his breakfast in bed. Be that girl who’ll have him the nice things all the time.

22. Support his passion.
If your boyfriend has a dream, be that person who’ll support him to achieve it. It would be a success in your part once you see him accomplish it.

23. Tell him what bothers you.
If there is something bothering you, tell him immediately rather than hiding it, so it won’t cause so much trouble in the future.We all know that most women have that “you should know” perspective towards their boyfriend. But, men are also insensitive and oblivious so they won’t know what you really feel unless you say it.

24. Inspire him.
Motivate and inspire your boyfriend everyday. Be that woman behind his every success.

27. Give him pieces of advice that build him up.
Give him that feeling of “genuinely better” after he talks something he’s going through.

ALSO READ:
How to be a Good Boyfriend in 32 Ways
11 Inspiring Ways to be a Better Girlfriend