Every girl dreams of meeting a guy who would love her unconditionally and give her security. Well, all ladies deserve to be treated with respect and value, and loving them means caring for them affectionately. They should not be used for men’s selfishness.

Sadly, not all women get so fortunate in love. Some end up being head-over-heels with guys who only take them for granted–or worse–would only keep them for the benefits they get.

Are you worried that your boyfriend may be only using you? Find out by checking these signs out.

Contents show
1. He does not make an effort to know you personally.
2. He does not open up about himself much.
3. He is not interested much in how you do.
4. He does not introduce you to his friends and family.
5. He does not want to meet your friends and family.
6. He only sees or talks to you when he needs something from you.
7. He does not care about how you feel.
8. He is only sweet when he has favors from you.
9. He is not willing to compromise.
10. He tells you he is not ready to take your relationship to a higher level.
11. He says it is okay for you to see other guys.
12. He is not concerned with your needs.
13. He is flirting or seeing other girls.
14. He does not want to be seen with you in public.
15. He also hides you on social media.
16. He ignores you a lot.
17. He makes you pay for your dates.
18. He relies on you financially.
19. He does not spend on you at all.
20. He is not available when you need help.
Save Yourself
Online Courses Recommended For You:
Books Recommended For You:
Gift ideas that might improve your relationship:

1. He does not make an effort to know you personally.

If your boyfriend does not seem to be interested in your life from the beginning, then it could be a sign. A man who is genuinely in love with a girl will do everything to get to know her better. He would want to be part of her world, so he would make an effort to understand her likes, dislikes, fears, dreams, and everything she cares about.

2. He does not open up about himself much.

Moreover, a guy who is only using you would not be interested in sharing his inner thoughts with you. He has no plan to make you part of his world or future, so he does not see the need to make himself known to you. Of course, he does not want you to learn much about him since he plans to disappear sooner or later.

3. He is not interested much in how you do.

Does your boyfriend check on you every day and night? If yes, then he truly cares about you. However, if not, then he probably does not. A man who loves you would always want to find out how you are doing. He wants to make sure that you are doing fine, and if not, he will make a way to be of help to you.

4. He does not introduce you to his friends and family.

Another sign that your boyfriend is only using you is when he hides you from the important people in his life. If you have been together for some time and until now he has never introduced you to his family or friends, be cautious. You should already be wondering why by now.

5. He does not want to meet your friends and family.

Similarly, a man who has no pure intentions with you would hate meeting your family and friends. The more people who know about your relationship, the more hassle it would be in the end. Moreover, he does not care about anything or anyone important to you, so he would not bother.

6. He only sees or talks to you when he needs something from you.

If your boyfriend seldom shows up, you should ask why. Then, figure out the pattern of his availability for you. Does he only remember you whenever he has to ask a favor? Is he always busy unless he needs something from you?

7. He does not care about how you feel.

A man who truly cares about you would be sensitive to your feelings. He is someone who will be careful not to hurt you in words or actions. He would avoid doing the things he knows you do not like. On the other hand, your boyfriend is only faking it if he never cares if you are hurting or not.

8. He is only sweet when he has favors from you.

If your man is ordinarily cold and only gets warm with you whenever he needs something from you, then he is indeed a user. He would only try to be romantic with you to make sure he gets what he wants.

9. He is not willing to compromise.

A man who is serious about keeping a relationship would make an effort to resolve problems and earn the trust of his woman. Therefore, he would willingly compromise with his girlfriend to keep the harmony within their relationship.

10. He tells you he is not ready to take your relationship to a higher level.

If you have been together for a long time and your boyfriend has never opened up about marriage or future plans, it could be a sign. It means that he has no intention of keeping you forever in his life, and he only sees you now for some benefits.

Is your boyfriend never threatened by the thought of losing you to another man? Does he tell you that he does not care if you like other guys? Unless it is false pride, your boyfriend probably has no affection for you.

12. He is not concerned with your needs.

If your boyfriend never checks on you nor he tries taking care of you, it is an obvious sign. A man who truly loves a girl would make every effort to care for her needs or at least help her meet them. He will be concerned with your welfare.

13. He is flirting or seeing other girls.

Another sign that your boyfriend could only be using you is when you catch him cheating numerous times. If he keeps flirting with others, it means that you are not enough for him, and he does not care about your feelings. He could only be after something from you.

14. He does not want to be seen with you in public.

Does your boyfriend want to keep your relationship hidden? If yes, you should wonder. If he genuinely loves you, then he will proudly show you off to the world. So, what could be the reason why he does not want to be seen with you?

15. He also hides you on social media.

Of course, if he hides you in public, how much more online? If he never acknowledges you on social media, it could be more than the need for privacy.

Do you ever feel taken for granted by your boyfriend? Does it seem like you always have to beg for his attention? If your boyfriend can ignore your messages or will not return calls for days, then the reason is apparent. He only finds it necessary to talk or see you whenever he has a favor to ask from you.

18. He relies on you financially.

Is your boyfriend treating you like an ATM? Does he always ask or borrow money from you and never pay it back at all? Well, this could be the most obvious sign that you have a user for a boyfriend.

Worse, if, aside from escaping the bills from your dates and asking money, he never spends a dime on you, it is an obvious sign. The guy is a parasite, and he has no intention of giving back to you.

20. He is not available when you need help.

Have you tried asking for help from him numerous times, and he was always unavailable? If this is the case, you should start checking if he really loves you. A person who truly cares would love to be your knight-in-shining-armor.

If you are now convinced that your boyfriend is only using you, then you must have the courage to walk away from him. No matter how much you love him, remind yourself that self-love is more important.

Love in Every Season: Understanding the Four Stages of Every Healthy Relationship

The Astrology of You and Me: How to Understand and Improve Every Relationship in Your Life

The Man God Has For You: 7 traits to Help You Determine Your Life Partner

31 Prayers For My Future Husband: Preparing My Heart for Marriage by Praying for Him 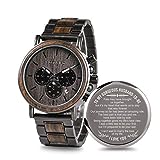 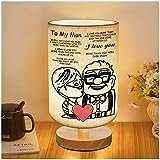 True Love vs. Fake Love: 20 Differences You Must Know

18 Signs Your Boyfriend will be a Good Husband