Almost two years ago, my Miniature Pinscher became really sick one night. The next day we found out that he had two tumors – one on his adrenal gland and one on his prostate. He was bleeding internally by his adrenal gland tumor. That night we visited him at the clinic, and one of the staff told us that his bleeding was not going to go away. We thought he was going to die that night. The next morning, we picked him up, took him home, and prepared for him to die. But, he’s still around and he’s doing really well. He’s 14 1/2, still loves to eat and go for walks, and is happy if he’s well-rested. That experience taught me that being worried about the outcome is pointless. And, it gave me some affirmations to stop being worried about the outcome and start living.

Contents show
Affirmations To Help You Stop Being Worried About The Outcome
1. I Do What I Can To Create The Best Possible Outcome
2. I Spend My Time Doing Things In My Control
3. Things Usually Work Out For The Best
4. I Live In The Moment AND Plan For The Future
5. I Actively Solve Old Problems
6. Me And Worry Are Not Good For Each Other
7. I Always Use Positive Affirmations
8. I Communicate With Others To Find Out What They Are Thinking
9. I Seek Other People’s Thoughts When I Can’t Stop Being Worried About The Outcome
10. Not Knowing Is A Part Of Life That I Accept

Affirmations To Help You Stop Being Worried About The Outcome 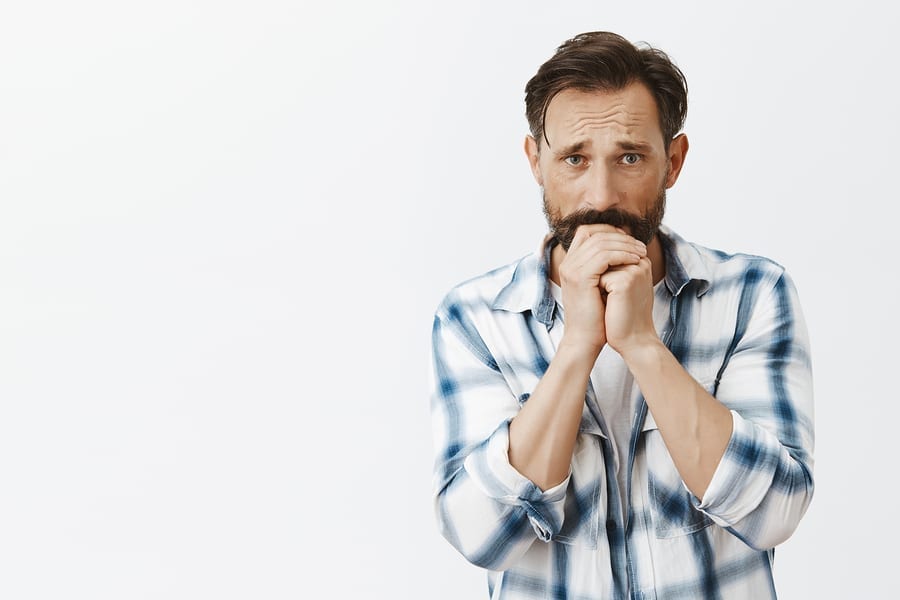 1. I Do What I Can To Create The Best Possible Outcome

The outcome is never guaranteed to be one way or the other. But, there are things you can do to swing the odds of the outcome towards being good.

For instance, if you think you are going to lose your job, you can talk to your boss, try to secure your position, or look for another job so that you are covered in case something happens. You may or may not lose your job, but you will have done everything in your power to make things work out for you in the end, which is all you can do.

2. I Spend My Time Doing Things In My Control

There are some things that are just out of your control.

These are things that you can’t take control of for the best possible outcome. And that can lead to a lot of worrying.

When I was younger, I thought the September 11th attacks meant a war was coming. I was terrified, to say the least. It was the only time in my life I dropped to my knees out of fear of what was going to happen. I spent the next few months worrying myself sick. Instead of focusing on my own life, I prepared for war, which was such a waste of time in hindsight.

Now, when something happens, I don’t focus on the ‘what ifs’. I focus on my life and what I have control over. That may mean contributing to a petition, educating myself, or participating in a group that is working towards a positive outcome. But, it also may mean continuing on with my life and working towards more happiness and success if there’s nothing I can do to affect the outcome.

In short, don’t spend your time being worried about the outcome because you don’t have control over the outcome. Spend your time taking action on what you can – even if it’s your own life and happiness.

3. Things Usually Work Out For The Best

Out of all the times I’ve been worried about the outcome, 99% of the time things have worked out for the best. That means that 99% of the time my worrying was a complete waste of time. It took time away from enjoying the moment, taking action, and working on building a better future for myself.

Our imaginations are often much larger than what happens.

How many times has your worst fear come true?

4. I Live In The Moment AND Plan For The Future

This is an affirmation that popped into my head one morning. I had barely opened my eyes, and I thought, ‘I live in the moment and plan for the future’.

The affirmation made me really happy because I realized that planning for the future was planning for a future moment that I would be living in.

Does that make sense? One moment in the future will eventually be the present moment.

The bottom line is that living in the moment is excellent at combating worry. You can’t worry about what’s going to happen unless you are focused on the future.

And, when you add into the mix planning for the future, you can rest even easier because you know that one month from now, you will have put in the work to have the best moment possible for you to live in.

Planning for the future also helps you gain more meaning in life, which helps you to avoid being worried about the outcome and keeps you focused on the goals you have in mind.

Part of being worried is thinking about old situations and hoping they don’t happen again. To remedy this, you need to actively solve old problems and go on knowing you did what you could to keep things from happening again.

For instance, a friend of mine was diagnosed with Multiple Sclerosis. He was having a ton of symptoms that were keeping him from work, and it cost him his job. That was okay because his job was causing him a big pile of stress. While he was generally healthy, he knew that he needed to help reduce stress in his life to – both mentally and physically – to hopefully avoid any future flare-ups. So, he changed parts of his life and adopted meditation, veganism, and more exercise into his life. He hasn’t had a symptom since. It’s been 4 years.

That’s a big thing. But, it’s a good example of solving old problems.

If you believe something isn’t working for you, fix it. When you take action on fixing it, you will stop worrying about it and get on with your life.

6. Me And Worry Are Not Good For Each Other

In other words, you wouldn’t put up with worry being in your life if it was external, so why put up with it internally?

If you can affirm that you and worry are not good for each other, then you can distance yourself from worry every time it appears.

7. I Always Use Positive Affirmations

You can use negative affirmations, such as:

Or, you can use positive affirmations, such as:

It’s your choice, positive or negative. I would hope that you affirm that you always use positive affirmations.

8. I Communicate With Others To Find Out What They Are Thinking

I’m guessing that you can’t read minds. (If you can, please let me know in the comments!) So worrying about what other people are thinking and are going to do or not do is pointless. You simply don’t know.

When I first met my husband, he would clam up if we had a disagreement. I could have taken it as a negative thing. I could have worried that he wanted to leave me and find someone that his mother would approve of. I could have worried about what was going to happen until I worried myself right out of the relationship. But, I kept trying to communicate with him so I could let him tell me what was happening, instead of my worries. And eventually, he started sharing his feelings and he never had any thoughts about leaving me for someone better. My worst fears would have been completely off base.

If you are worried about the outcome when it comes to someone else, stop. Whether it’s your spouse, family member, friend, neighbor, or boss, take the time to talk to them.

And, if they won’t talk to you, don’t pretend like you know what they are thinking and what they are going to do. You don’t. They may end up doing something you don’t like, but the chances are good that they are just working through issues in their mind and your worst fears are not something they are focused on.

9. I Seek Other People’s Thoughts When I Can’t Stop Being Worried About The Outcome

If you want the honest truth about your worries, get online and ask people to share their opinion. When people don’t have a horse in the race, they will tell you what they think, not what they think you want to hear.

In short, you will get a lot of input back about why your worries are not worth having. And, the more information you get, the more likely you are to drop the worry and get on with life.

And if that doesn’t help, seek out a therapist. They will listen to you and, based on their years of education and experience, give you advice and tools that can help you stop worrying and start living.

10. Not Knowing Is A Part Of Life That I Accept

Worry stems from not knowing what’s going to happen. You are never going to stamp out all the worry in your brain, but you can stop it when it comes and do something about it with these affirmations.

The truth is that you will never know what’s going to happen, so why not just embrace it. Some outcomes are not logical. And some are not expected, no matter how much you worry.

Sometimes bad things will happen, and sometimes good things will happen. The surprise of it all is a part of life. It’s what keeps you on your toes. It’s what teaches you the lessons you need to learn. It’s what motivates you to do better, love more, and be more present. Accept it and you will find yourself worrying about the outcome much less.