The greatest books ever written are considered to be classics. From various genres that were written by the greatest literary minds of all time, containing different themes, characters, emotions, and experiences that tackled different issues that shaped our society today. Some are even an inspiration to the modern nooks that are written today.

For the bookworms out there or to some who just want to read a good book, here are 8 books that you must read at least once in your lifetime.

Contents show
1. To Kill a Mocking Bird by Harper Lee
2. Tuesdays with Morrie by Mitch Albom
3. 1984 by George Orwell
4. The Catcher in the Rye by J.D. Salinger
5. Hidden Figures by Margot Lee Shetterly
6. Wuthering Heights by Emily Brönte
7. The Handmaid’s Tale by Margaret Atwood
8. The Night Trilogy by Elie Wiesel

1. To Kill a Mocking Bird by Harper Lee

Published in July 1960, this novel written by Harper Lee won the Pulitzer Prize and has become a classic of modern American literature. The story is set in the 1930s where Alabama is perhaps the seminal text on racial tensions in the Deep South. It revolves around the heroism of one lawyer named Atticus Finch who attempts to save the life of Tom Robinson, a black man who was falsely accused of raping a white woman. It is told by Finch’s six-year-old daughter Scout or Jean Louise Finch.

This book is loved by anyone who reads it, known for its warmth and humor despite tackling serious issues such as rape and racial inequality. It is also voted as one of the best books of the twentieth century.

To Kill a Mockingbird
More info

2. Tuesdays with Morrie by Mitch Albom

Published in 1997, Tuesdays with Morrie is a memoir. A book dedicated to his former college professor whom he has seen once again in the last few months of the old man’s life. The book topped the New York Times Non-Fiction Bestsellers of 2000. It was a magical chronicle of their time together, narrated by Mitch Albom himself.

Published in 1949, is a dystopian novel written by George Orwell. It is set in the year 1984 where London is a dreadful city with Big Brother always watching you and the Thought Police that can practically read your mind. Winston the protagonist, joins a secret revolutionary organization called The Brotherhood that aims to destroy the Party. The book popularized the adjective Orwellian that describes secret surveillance, official deception, manipulation of recorded history by a totalitarian or authoritarian state and brazenly misleading terminology. The book was awarded in both lists of Modern Library 100 Best Novels ranking 13 on the editor’s list and number 6 on the reader’s list.

4. The Catcher in the Rye by J.D. Salinger

Published in 1951, this coming-of-age story tackles the life of the unconventional hero, Holden Caulfield who recalls his two-day adventure in New York City after running away from home. It tackles the feeling of disillusionment felt by many adolescents in America during the 1950s. The protagonist is now considered a symbol of teenage rebellion, it also tackles issues such as loss, identity, and innocence.

The Catcher in the Rye
More info

The New York Time’s Best Selling Novel that inspired the major motion picture with the same title, Hidden Figures: The American Dream and the Untold Story of the Black Women Who Helped Win the Space Race was published in 2016 written by Margot Lee Shetterly. The book takes place during the 1930s-1960s wherein women were still seen as inferior to men. It follows the lives of three women who African American women, Katherine Johnson, Dorothy Vaughan, and Mary Jackson, three mathematicians who were known as “human computers” who overcame gender and racial discrimination, as women and as African Americans, while working at the National Aeronautics and Space Administration (NASA) during the Space Race, as well as Christine Darden, who was the first African-American woman to be promoted into the Senior Executive Service for her work in researching supersonic flight and sonic booms. The film inspired by this book was nominated for three Oscars. The book was awarded the Anisfield0Wolf Book Award for Non-fiction in 2017.

Hidden Figures: The American Dream and the Untold Story of the Black Women Mathematicians Who Helped Win the Space Race
More info

The only novel ever to be written by Emily Brönte, published in the year 1847 under the pseudonym “Ellis Bell”; shortly after, Brönte died at the age of 30. Written as a reaction to the popular romantic fiction novel by Jane Austen, it contains one of the most beautiful pieces of prose in the English canon. Wuthering Heights has inspired many adaptations, including radio and television dramatizations, film, a musical by Bernard J. Taylor, operas (by Bernard Herrmann, Carlisle Floyd, and Frédéric Chaslin), a ballet, a 1978 song by Kate Bush, and a part of the “Wind and Wuthering” 1976 album by Genesis.

7. The Handmaid’s Tale by Margaret Atwood

A dystopian kind of novel, The Handmaid’s Tale was published in 1985. Set in the near future, it imagines a world wherein an environmental catastrophe resulted in the majority of the female population becoming infertile. The book explores the theme of women in subjugation to misogyny in a patriarchal society. The Handmaid’s Tale won the 1985 Governor General’s Award and the first Arthur C. Clarke Award in 1987.

8. The Night Trilogy by Elie Wiesel

Published in 1956, Night by Elie Wiesel talks about his experience with his father in the Nazi German concentration camps in Auschwitz and Buchenwald in 1944–1945, at the peak of the Holocaust toward the end of World War II. It is considered as one of the bedrocks of Holocaust literature. The night is the first in the trilogy— Night, Dawn, Day— marking Wiesel’s transition during and after the Holocaust from darkness to light, according to the Jewish tradition of beginning a new day at nightfall. “In Night,” he said, “I wanted to show the end, the finality of the event. Everything came to an end—man, history, literature, religion, God. There was nothing left. And yet we begin again with the night.

I hope you can choose one or two books to read here. What’s your favorite here on the list? Share this with your fellow bookworm too. 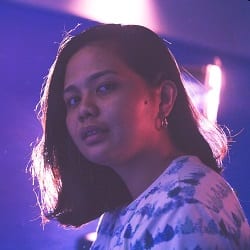 Fatima is a photography enthusiast who loves to binge - watch movies and television series. She also loves listening to indie music and dreams to own a coffee shop one day.
Subscribe
Login
0 Comments
Inline Feedbacks
View all comments