Alzheimer’s isn’t pretty. The people you love start to slip away and there is nothing you can do to get them back. At times it’s sad. Other times it’s frustrating. My husband and I recently went to a meeting for family and friends of people living with Alzheimer’s, and the speaker gave some really good insight into Alzheimer’s and how to deal with people who have it. From that, I came up with some positive affirmations that benefit me and may benefit you as well. 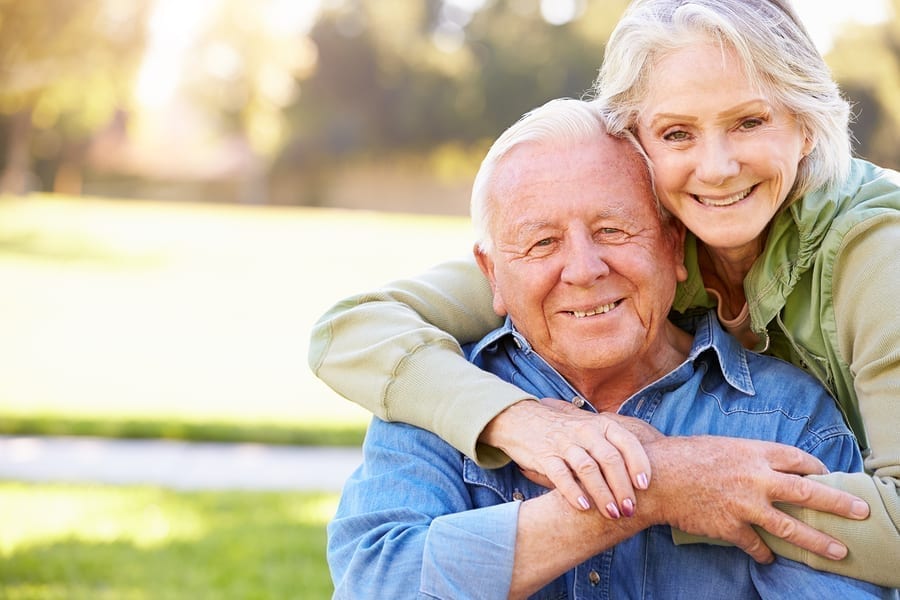 1. I Practice Patience With My Loved One

One of the things I learned was that people with Alzheimer’s often need more time to process things than we do. They have a harder and harder time accessing their short-term memory, so coming up with answers to your questions can be hard.

For instance, when they need to recall something, it can take longer for the message to get down to that storage center in the brain. Therefore, it’s important to practice a ton of patience with them and give them some time.

Give them some time to come up with an answer or statement. And, if the person you are speaking to simply can’t answer your question, then let it go. They can’t give you the information unless they get it, and there is no point in drilling them and making them feel upset when they can’t retrieve the information you want.

2. I Don’t Argue With My Loved One

I remember when I was young and my family always corrected my Nana – who had Alzheimer’s – when she said something. For some reason as a teenager, I never did. If she said she went to the moon that morning, I asked her how her trip was. And she was never frustrated or upset with me like she was with other family members.

This is something our speaker touched upon. He said that correcting people with Alzheimer’s does nothing to help them. In fact, it can frustrate them.

For instance, if your loved one tells you that they had oatmeal for breakfast and you know they had pancakes, then correcting them does nothing good for them. If they have a distinct memory of having oatmeal, and you tell them that they didn’t, imagine how frustrating that is for them. It’s upsetting. It makes them feel bad. And the memory of eating pancakes doesn’t just appear because you said it should.

So, don’t argue with them. Let them tell you THEIR memories, even if they are wrong. You aren’t going to damage them by doing so. You are simply removing the stress that comes from telling them that they are wrong and then arguing about it afterward.

3. I Adapt To My Loved One’s Needs

One of the most powerful lessons for many people in my group was that you need to adapt to someone with Alzheimer’s, not the other way around.

For instance, if your mother suddenly wants to eat cheerios when she wakes up – even if it’s after a nap at four in the afternoon – them let her eat cheerios. Don’t try to force her to eat what you want her to eat. As long as it’s not hurting her, let her do what she wants to do.

We learned that it’s important to let them be who they want to be, as long as it’s not hurting them. Struggling with them over how they do things is just as bad as arguing with them about their memories. It’s stressful for them and you, and it does nothing to solve the problem.

4. I Think Outside Of The Box With My Loved One

One woman in our group was upset that her father would wear the same shirt day in and day out, even if it was dirty. If she tried to give him another shirt to wear, he would get really upset and cause a big scene. She said it was very frustrating to go out for supper because he insisted on going in his dirty shirt.

Our speaker gave her an idea. He said, “Why don’t you buy a week’s worth of the same shirt and when he’s sleeping, trade out the dirty one for a clean one?” It was such a simple idea, but it was an awesome solution. He would simply see his favorite shirt, put it on, and everyone would be happy. Yes, it would take a little work on her part, but that’s part of loving someone with Alzheimer’s.

Thinking outside of the box and coming up with solutions to help keep your loved one safe, secure, and happy, becomes part of your job when your loved one gets Alzheimer’s.

Another thing we learned is that Alzheimer’s can often steal away different aspects of long-term memory, but keep other aspects of it alive. For instance, our speaker’s wife had Alzheimer’s and she could remember everything about their home back in London in the 1970s, but she couldn’t remember anything after that or before it. So, he used her memory to his advantage. He put the address that they shared in London on her door in the home she was living in. That helped her know which room was hers. He also put some pictures up from that time period and moved in some furniture from the old house, which helped her feel comfortable in her room.

5. I Try To Make My Loved One Feel Valued

Our speaker told us a lovely story about how he made his wife feel important in her later stages of Alzheimer’s.

She had been the one who had cooked throughout their entire relationship, but Alzheimer’s had left her with the ability to cook only thing – carrots. She would peel the carrots slowly and then put them in the water, and he would do the rest of the supper. He said that they had carrots every single night for five years because it was the one thing she could do and it made her feel good that she contributed.

He made it clear that we all have the need to be useful, and if you can help your loved one with Alzheimer’s feel useful, then you are contributing to their happiness. And that’s a darn good thing.