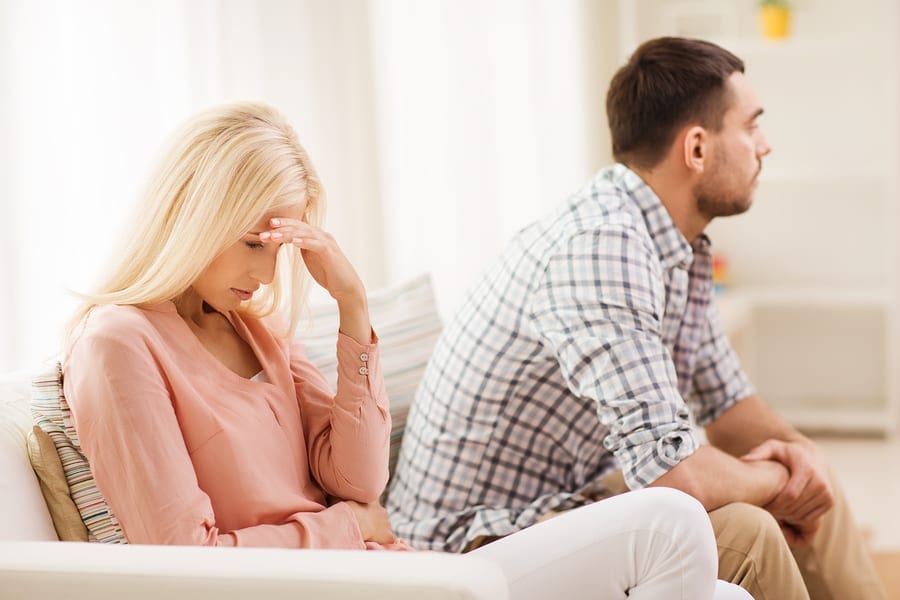 Contents show
1. We Always Want To See The Best In People – But The Best Can Be Quite Ugly Sometimes
2. Abuse Isn’t Funny
3. One Reason People Don’t Just Leave An Abusive Relationship
4. Abuse May Not Feel Like Abuse
5. Abuse Is Not All There Is Out There
6. People Don’t Choose To Be In Abusive Relationships
Note: You Can Love Each Other All You Want – But You Deserve To Be Free

1. We Always Want To See The Best In People – But The Best Can Be Quite Ugly Sometimes

“As in all abusive relationships, the abused mistakenly assumes the kindest version of the abuser is the real one.” – Chris Holm

Most people see the good in their partner who is abusing them. They remember a time when that person was loving, thoughtful, and a far cry from what they are today. And, as Chris Holm said, they feel like, deep down, the abuser is really that kind and loving person they fell in love with.

Abusers don’t abuse right off the bat. They wait until they have your trust and love and devotion, and then they start to abuse you. If they were to be abusive right in the beginning when you have no investment in them, it would be easier for you to turn around and leave – and they know that. So, they wait until they know you will struggle with leaving them to show their true selves.

One woman I was talking to told me that even though she knew her husband was acting horrible, she ‘knew’ she could fix him and turn him back into the guy she fell in love with. Of course, it wasn’t until she realized that her husband WAS clearly showing her who he really was that she was able to leave.

And that’s the thing to remember. Your partner is going to show you who they are. If they are truly kind and loving, they will never abuse you in any way. A kind, compassionate, and loving person wouldn’t even think of doing that to you. Therefore, if they are abusing you, then they ARE showing you who they really are.

“If your joke relies on sexual and/or domestic abuse, it’s a bad joke!” – Maria Yagoda

Anyone who jokes about abuse of any kind instantly goes on my radar as someone I don’t want to be around. It takes a twisted outlook on other people (and even yourself) to joke about that kind of stuff. Only someone who has the capacity to hurt other people can joke about stuff like that.

I would never think to joke about someone else’s pain. I would also never abuse someone because I wouldn’t want them to be in pain.

So, if you meet someone and they are joking about someone else’s pain, they may not be someone you want to get to know better.

And if you are with someone who is joking about someone else’s pain – maybe even yours – then you need to rethink what kind of human being they are and whether or not you really want to be around them.

“Finances are used as a weapon to keep women trapped in these situations.”

Kerry Washington has said that financial abuse is prevalent in over 98% of the cases of domestic violence. Can you imagine how many people feel stuck in relationships because they feel like they don’t have the finances and resources to get out of it?

If you have not dealt with money because your abuser has controlled the finances, then the prospect of having to deal with finances can be extremely scary. Moreover, if your abuser has ruined your credit to keep you stuck, then it can feel like you have no options available to you financially. And, as we all know, we need to be financially stable in order to keep a roof over our heads and food on the table.

Moreover, for people who are fully supported by their abuser, the alternative lifestyle can seem more painful than the current lifestyle. For instance, if you have kids, you don’t want to drag yourself around to shelters when you could be living in your nice clean home. But, it’s important to remember that’s just a stepping stone.

I have a friend who had three kids when she left her abusive relationship. She relied on friends and family to help out, and she debated going back to him as she struggled financially along the way. But, eventually, she found herself a job and was able to support her and her three kids.

I think the thing to keep in mind is that where there is a will, there’s a way. People often surprise themselves at what they are capable of when they are forced to find a way. Of course, building a plan to get out of the relationship is crucial for things to get moving along when you decide to leave, but the strength we have inside of us to do what it takes doesn’t really shine until the toughest of times.

“You’re fat and you’re ugly and you always have been ugly. You think those words don’t have power? It’s funny when I say it in a joking sense, but when it comes from the mouth of someone I have given my all to… you think those words won’t stay longer than you, outlive you, outlast you? Those words will be there forever. Words have power.” – TD Jakes

Many people don’t recognize verbal abuse as abuse. They think that these words are just ‘truths’ that they should accept. But, they’re not. Verbal abuse is meant to make you feel like ‘less than’. It slowly tears away at your self-worth and turns you into someone less than you deserve to be.

That is purposely trying to cause pain to you. It’s not constructive criticism. It’s not helpful. It’s not kindness, love, or compassion. It’s abuse because it’s hurting you, even if you are not consciously aware of that right now.

5. Abuse Is Not All There Is Out There

“I guarantee you, there’s someone out there that will love you that won’t beat on you.” – Dr. Phil talking to a woman being abused

“These people manipulate you in a way that makes you feel like that’s normality.” – Stacey Solomon on abusers

Abuse is not normal.

That’s a lesson that I, and many other people, have discovered. Once you stop accepting abusers and losers into your life, you have an easier time seeing how unacceptable it is. Then you start to see the good people who want to love you and be in a healthy relationship with you.

But, it’s all about making that decision to demand more for yourself and your relationships. When you do that, you take your time and only accept the good people into your life.

6. People Don’t Choose To Be In Abusive Relationships

“Why does she stay?” is code for some people for “It’s her fault for staying,” as if victims intentionally choose to fall in love with men intent upon destroying us.” – Morgan Steiner

As we talked about, it’s not always clear that someone is abusive or that you are in an abusive relationship with someone. They may appear loving and kind in the beginning and seem like everything you ever wanted. They will not show their true colors until you love them or have become attached to them.

I think we need to stop blaming people for getting into abusive relationships and focus on helping them get out. Blame doesn’t do any good. The emotions, situations, and circumstances they are dealing with can’t be known by us on the outside. There are things that we don’t see, thoughts that we don’t hear, and feelings that we don’t feel – all of make up their decision to stay. Our job should not be to blame but to help them see things differently, thinking differently, and feel differently so that they can get out.

Note: You Can Love Each Other All You Want – But You Deserve To Be Free

Even if someone tells you that they love you, their actions may prove otherwise. If they bring you into their life and then lock you up in a space that keeps you trapped – physically or mentally… if they keep you limited in life through their actions or words, then they are not treating you the way you deserve to be treated. They are limiting what you are capable of doing. You are in an abusive relationship.

In other words, if someone is dictating how you should live your life through their actions, words, or rules, they are limiting you and keep you ‘caged up’ in a space much smaller than you deserve. They are abusing you.

Alternatively, if someone is encouraging you, supporting you, and standing by the healthy decisions you make for yourself and your life, then they are treating you the way you should be treated. They are allowing you to be an individual and experience a life that you deserve to experience full of growth, confidence, happiness, and value.