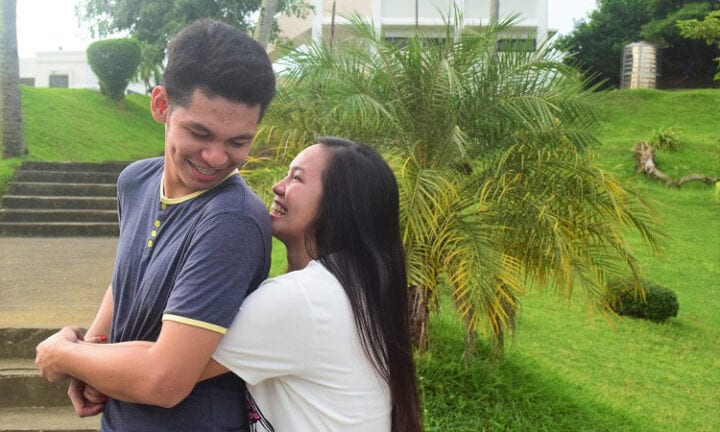 One of the most magical things that could happen to a person is to love someone. There are times that when you’re asked why you love him/her is hard to answer. You wish you could have that single reason why. For girls, there may be factors that could be the possible reasons. It could be the looks, the talent he has or how gentleman he is. But in reality, it’s a lot deeper. For when love rules over them, even the failures could be a possible reason to love their other half.

To know more, here are the reasons why girlfriends love their boyfriends:

1. Boyfriends are there to motivate them.
Girls love their partners because they motivate them to reach their goals and become a better person. Giving them the encouragement to pursue their passion and being there to support its every step. Also, they’re the reason why girlfriends want to look pleasing all the time. This does not just improve their physical looks but also their confidence to face anyone and anything that will come along their way.

2. The silly things they do to cheer them up.
Most of the times girls are just like the weather, especially when it comes to their moods. There are times when they are just bubbly, then in just a snap, it changes. For boys, it’s a real struggle. To uplift their girls’ gloomy moods, they do silly things such as singing a song, even though they’re out of tune, or by making a wacky face. And yes, girls love it so much. How they make an effort to make them happy just proves that they’re willing to do anything even the craziest stuff they could think of.

3. They make them feel beautiful.
When a boyfriend tells her girl that she is beautiful, it makes her heart flutter and her cheeks blush. Making her feel that she is still stunning even at her worst state means a lot to her. At times when even she, herself, doesn’t see anything pretty about her and she receives a compliment coming from her significant other gives her a special feeling like she’s the most beautiful girl in the world.

ALSO READ: 10 Tips on How to Make a Woman Feel Beautiful Inside and Out

4. Boyfriends treat them very special.
In a world where people are there to judge and criticize, having someone who treats you very special is really a wonderful thing. When boyfriends treat their girls in a very special way, they feel like they’re one of a kind, no matter how others see them. A girlfriend when told by her boyfriend that he is proud to have her and letting the whole world know it, is more than enough to be a reason to love him.

5. How boyfriends understand their girls more than anyone else.
Given that girls are really complicated, it is hard for guys to figure out what’s on their minds. However, despite this difficulty, boyfriends try really hard to have a better understanding of what their feelings are and allow them to express it freely. Girlfriends love it when their boys are willing enough to listen and be there to comfort them when it seems that no one is able to understand them.

6. They feel safe every time they’re together.
One of the reasons why girlfriends love their boyfriends is them being the knight in shining armor who is always ready to defend his princess. The way they stood up for their girls from anything that’s trying to hurt them and ensuring that they’re safe in their arms.

ALSO READ: How to Treat Your Girlfriend Like a Princess

7. The simple actions that they do.
A reason why you love someone is often the simple things he/she does that make your heart beats faster. For girls, one thing they love about their boys is the simple actions that they do that simply complete their day. It could be the smile that brightens their day or the way they crack up at their own corny jokes. Also, they find their flaws more attractive rather than thinking it as a weakness. These may seem like not a big deal but for girls, these really melt their hearts.

8. Not giving up easily on their relationship.
We can’t deny the fact that oftentimes when in an argument, girls tend to tell their boyfriends to have a break up with them, even though they don’t mean it, just because they’re upset. At times like this, they love it when their boys do not give up on them easily and still hold on to their relationship.

9. Always being right by her side.
In a relationship, obstacles are there to test the love of two people for each other. And for a girlfriend, knowing that her other half is always by her side to get past through these hurdles, is perhaps one of the reasons why she loves him.

10. How boyfriends respect their partners and their families as well.
Why does a girlfriend love her boyfriend? One answer to that is respect. It’s when a guy respects his partner and the people very dear to her especially her family. Giving her the respect, which she deserves, particularly in terms of her personal opinions and viewpoints in life. And also, it is beyond lovable to think that a guy treats his girl’s family in the best way and wants to be part of it.

ALSO READ: How to Treat Your Girlfriend with Respect

11. They always see the best in them even at the worst times.
At times when girlfriends are at their worst moments, where they are about to give up, boyfriends are there to tell them to give it another go and to have faith in themselves. Still seeing the best in them even when they know how hopeless it is, makes them feel better and actually learn to try it all over again.

12. That extraordinary feeling of happiness that they give.
When someone loves you, it gives you that extraordinary happiness. For girlfriends, their boyfriends’ love for them brings that hard-to-explain feeling of joy that no one else could give. Even just by the thought of having them as their partner makes them smile uncontrollably.

13. Accepting for who she is.
No one is perfect. And it is a fact. Girlfriends have flaws and imperfections as well as their boyfriends. One thing why girls love their boyfriends is that they accept them for who and what they are. Not just their physical attributes but also their faults and their past.

14. Late night talks.
Girls find it romantic when they have late night talks with their boyfriends. Those times where both of them are still wide awake in the middle of the night and just talk random things for few hours over the phone or when they’re together. They love how even they do nothing much, it still becomes an amazing moment.

15. How they are when they’re with their boyfriends.
We tend to act ourselves in a different manner depending who we are with. And girls love it how they can be themselves with their partners, no disguise, no pretentions, just the real them. They love how to act around them comfortably without being judged.

16. The gifts they received from them.
Receiving gifts from their boyfriends make them feel really special. It doesn’t matter if it’s cheap or expensive as long as it comes from his heart. It lets them know that they’re being valued and appreciated by their partners.

17. Being always ready to make memories with her.
Making memories with your partner is one of the things that you can cherish throughout your relationship. Girlfriends love their boyfriends because they’re willing enough to spend time and make memories with them. Travelling with them, exploring new adventures or anything that could add to their unforgettable remembrances.

18. How they are intimate with them.
The way how their boys give them the chills during their intimate time. How boys kiss their girlfriends’ forehead or a peek on the cheeks before leaving for work. How they cuddle with them, giving them back hugs or holding their hands while walking is like saying “I love you” without uttering the words.

19. How boys open up about themselves to their partners.
Boys are not that expressive when it comes to their feelings compared to girls. And even without saying it, girls love it when their boys tell them what they truly feel. It makes them feel honored because it is a sign that they truly trust her. They love it when boyfriends tell them secrets that no one ever knows.

20. How they always check on them.
At times when they have to be away from each other, girls love how their boyfriends always keep in touch with them. Texting them if they have already gone home or asking their whereabouts simply completes their day. This could be a small gesture but it comes with a great meaning because it’s a way of telling her that he cares a lot for her.

Love is unexplainable and to be honest, there is no such definite reason why you love someone. These reasons are just a few of the million reasons why girlfriends are head over heels with their significant others. They love them just because. And like a miracle, it does not have any explanation. 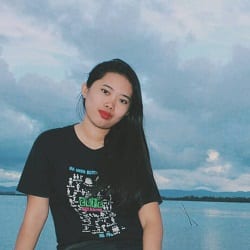 Jeraldyn always starts her day with a cup of coffee. She is a Kpop lover and an aspiring photographer. And she also dreams to travel around the world someday.