No relationship is perfect, and usually, it is a rollercoaster ride. For it to last, both parties should make sacrifices, if needed. Of course, there will also be compromises.

So, what are the differences between sacrifice and compromise?

Sacrifice and compromise are two necessary actions that must be willingly done by both partners in a relationship. Basically, they are two different things. However, sometimes there is a thin hairline difference between them.

Now, let us find out some of the differences between sacrificing and compromising:

1. Sacrifice only benefits one; compromise benefits the two of you.
Usually, one person sacrifices his/her comfort, plan, resources, or anything s/he considers valuable just to keep the other person. For instance, one could sacrifice his/her dream to work abroad just to give his/her partner peace of mind.

On the other hand, compromising requires talking about a decision that will benefit the two of them. An example of this would be allowing the other person to work abroad, but only for a certain period of time, or deciding to get married first before s/he goes.

Meanwhile, compromising does not usually require giving up something completely. You just make adjustments so you and your partner can meet halfway. For example, instead of completely giving up hanging out with your friends, you would only limit your time with them.

Compromising is usually necessary if one thing takes much of your attention and time that it affects your relationship.

3. Sacrifice can be uncomfortable for one; compromise can make you both comfortable.
Admit it, sacrificing something you love is really uncomfortable—even painful. You only do it because you might lose something more important—the person you love.

If what you have to sacrifice is an old habit, it would take time before it could be completely gone from your system. So, imagine the conscious effort you would need to exert for some time.

Nevertheless, the purpose of compromising is to relieve any tension in your relationship. It could be that you were constantly fighting over something. To solve the conflict, you both make some adjustments to come up with a settlement.

4. Sacrifice is a personal choice; compromise is a mutual decision.
It is not a sacrifice if you have been forced to do it. Sacrifice is your own choice and you accept the consequences. For this reason, you would not complain or regret it when it gets hard. You believe it could bring you some bittersweet triumph.

On the other hand, a compromise is agreed upon by both parties. It is something that you intentionally talk about to come up with terms and conditions. You are both responsible for upholding them.

5. Sacrifice shows selflessness; compromise shows maturity.
Sacrifice is one of the most selfless acts you can do for someone. If you sacrifice something important for a person, then it shows that s/he is truly valuable to you. You are willing to put his/her needs first before yours.

It takes maturity to settle with a compromise. Immature couples tend to quarrel over differences easily since no one wants to give way. On the contrary, mature individuals choose to resolve the conflict by meeting halfway.

6. Sacrifice is a sign of love; compromise is a sign of respect.
Selflessness is one sign of true love. This means that if you are willing to sacrifice for a person, you truly care about him/her. You would do everything to make your partner happy or help him/her whatever it takes.

Compromise, on the other hand, is more of a sign that you respect your relationship. If you value the feelings of your partner and his/her needs, then you are willing to compromise. You adjust your lifestyle, character, or anything that affects your relationship.

Of course, compromise can also be a sign that you love a person. In order to keep him/her, you will cooperate to make your relationship harmonious.

7. Sacrifice can be unhealthy; compromise is healthy.
Sacrifice may be beautiful and romantic, but it is not always healthy. Sometimes, there are people who make sacrifices to earn someone’s affection. If they keep doing it to the point of not leaving anything for themselves, they might end up losing everything.

Worst, they might never get loved in return, and all their sacrifices would be useless. Even the biggest efforts do not guarantee that you will be chosen in the end.

Meanwhile, compromise is healthy in a relationship. Of course, it is done between two persons who are already committed to each other. This is created to keep balance, respect, and peace in your relationship.

8. Sacrifice can be abused; compromise prevents abuse.
In connection with no. 7, the selflessness of a person could get abused. Let us admit that some people enter a relationship not because of love, but because of benefits. If their partners are too in love with them that they are willing to sacrifice anything, they would take advantage of that.

On the other hand, compromise can serve as a protection for both of the couple against abuse. It would allow you and your partner to set rules and limitations. As a result, both of you have a part to play (no one makes all the effort to keep the relationship going). It becomes a give-and-take relationship.

Both sacrifice and compromise are needed in a relationship. Sacrifice is an individual effort that expresses your love for your partner. On the other hand, compromise is a mutual decision to make your relationship smooth.

No conflict is hard to fix if both of you can selflessly sacrifice and humbly compromise. If you keep it this way, you can make your love long-lasting. 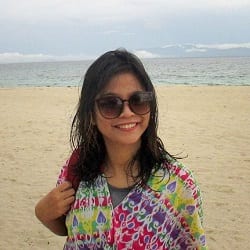 Joan is a freelance blogger who loves writing about personal development. She also loves learning and teaching languages. A Communication Arts graduate, she now pursues a masters degree in Language Teaching. She is into mobile photography, writing poems, and reading for leisure.