Are you confused about whether a guy likes you or not? You probably notice some flicker of emotion, but there is no confirmation from him. How should you react?

It is possible that a man may like you but he is fighting his feelings. Perhaps he is not yet confident that you will like him back. Or maybe he is not ready to commit to a relationship yet so he wants to control his feelings.

If you want to confirm whether a guy is fighting his feelings for you, you can check for these signs:

Contents show
21 Obvious Signs He is Fighting His Feelings for You Video
21 Obvious Signs He is Fighting His Feelings for You
1. He seems awkward whenever you are around.
2. He tries to show off in front of you.
3. He attentively listens whenever you speak.
4. He can remember the details that you have mentioned.
5. He puts his best foot forward when he knows you will meet.
6. He is nervous talking to you.
7. He acts nice to everyone.
8. He tries to avoid you.
9. His friends are giving you hints.
10. He sometimes pretends not to see you.
11. He asks your friends for your personal details.
12. He tries making you jealous of other girls.
13. He is jealous when other guys talk to you.
14. He reacts to all your activities on social media.
15. He is sometimes very rude to you.
16. He cannot help being sweet most of the time.
17. He seems to always hang out wherever you are.
18. He messages you for random reasons.
19. He is always available whenever you need help.
20. He explains himself to you as if he owes you an explanation.
21. He always takes your side.
What Do You Think?
Online courses recommended for you:
Books recommended for you:

21 Obvious Signs He is Fighting His Feelings for You Video

21 Obvious Signs He is Fighting His Feelings for You

1. He seems awkward whenever you are around.

Does that man seem self-conscious whenever you are around? If his behavior becomes awkward whenever he knows you are around, it could be a sign. He gets distracted when you are near because he is afraid that his feelings are obvious.

2. He tries to show off in front of you.

Another sign that he actually likes you but does not have the courage to speak is his actions. Does he become more competitive whenever you are around? Does he always volunteer to do something or speak up his ideas about anything? Or does he brag about his achievements?

3. He attentively listens whenever you speak.

A person who likes would surely pay attention to everything you say. He finds anything you say interesting and expect him to ask questions or encourage you to keep talking.

4. He can remember the details that you have mentioned.

In connection to no. 3, since he is attentive to you, everything you say will most likely retain in his memory. If you are together with a group, it would be him who can repeat exactly what you have been talking about.

5. He puts his best foot forward when he knows you will meet.

Aside from showing off, he will also ‘dress to impress’. Whenever he knows you will be around, he will make sure to shave, wear his best clothes and footwear, sport an attractive hairstyle, and spray on his favorite perfume.

6. He is nervous talking to you.

No matter how confident the guy is when showing off, it would be natural for him to stammer when talking with you. He would sound awkward and conscious of what he is saying. For him, it would be like being interviewed for a job.

7. He acts nice to everyone.

Moreover, one sign that a guy likes you is being extra kind to the people around whenever he knows you can see him. He is friendly and gentlemanly with everyone, especially your friends. He also volunteers whenever someone needs help.

Sometimes, the guy thinks he is already too obvious, so he tries to distance himself from you. One way he does this is by ignoring or avoiding you. If you have not offended the person in any way but he ignores you, then this is the reason.

9. His friends are giving you hints.

Are the people around suddenly linking you to the guy? Do his friends subtly tease you with him? If they are giving you hints that the man likes you, then believe it is true. They are probably helping him get his chance with you.

10. He sometimes pretends not to see you.

He is not really ignoring you, but he only pretends not to see you at first. Then, when you are already in front of him, he acts very surprisedly. The guy just wants to make your encounter more dramatic.

11. He asks your friends for your personal details.

Have your friends told you that a certain man is asking stuff about you? He could be inquiring about your favorite food, hobby, or other interests. Or he could have asked them if you are in a relationship or if you like someone. This is one hint that a guy likes you but does not have the courage to confess his feelings.

12. He tries making you jealous of other girls.

Is he extra sweet to other girls whenever you are around? Or does he flaunt about being close to some pretty girls you know? He probably wants you to be jealous, or maybe he likes you to have an impression that he is a heartthrob you better not ignore.

13. He is jealous when other guys talk to you.

On the other hand, this man gets pissed off whenever he sees you talking with other guys. He becomes irritable and might even walk out of the scene. Or he might join your conversation and place himself between you and the other guys.

14. He reacts to all your activities on social media.

Another sign to watch for is how active he is in supporting you on social media. If he does not miss any of your posts, he probably is stalking you. You would know this since he reacts or comments to every one of your posts.

15. He is sometimes very rude to you.

If a person is in denial of his feelings for you, it would be normal for him to have mood swings whenever you are around. Sometimes, he treats you well, and sometimes he seems to be annoyed at the sight of you. Worse, he could be a bit harsh on you.

16. He cannot help being sweet most of the time.

In connection to no. 14, the guy who secretly likes you would not be able to hold his feeling for a long time. No matter how much he tries to push you away by being rude, he cannot help but be nice and sweet to you in the long run.

17. He seems to always hang out wherever you are.

Another indication that a man likes you is his constant presence. To the unsuspecting, it could seem like coincidences, but in reality, he really knows where you often go. Sounds creepy, right? But, if you like him too, it will send butterflies to your stomach.

18. He messages you for random reasons.

You would know if a guy likes you if he messages you from time to time for various reasons. And most of his reasons are not very important. He could ask you about the date of activity you are both part of—with the answer easily accessible on the organizer’s social media page. Or he would just message you to let you know he saw you eating at McDonald’s the other day.

19. He is always available whenever you need help.

Even if he does not tell you, you would know that a man cares if he cannot say “no” to you. He is always available whenever you need some help. And even if he is busy, he will find a way to make time for you.

20. He explains himself to you as if he owes you an explanation.

The guy who likes you would never want to disappoint you. He wants to impress you, right? So, do not be surprised if he always finds time to explain to you why he is late, not able to pass an exam, or other stuff like that.

21. He always takes your side.

If a man likes you, expect him to be protective of you. That is why he will always take your side, even if you are wrong. It does not really mean he tolerates your mistakes. He just wants to be with you and proves his loyalty, even if he does not have the courage to confess his feelings.

What Do You Think?

So, do you know someone who behaves like these around you? If there is a guy who acts weird whenever you are around, then there is a big chance that he likes you. You are probably asking why he is fighting his feelings. Well, he has his reasons, and until he expresses how he feels, be careful not to act like you are assuming anything. 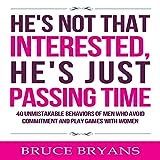 He's Not That Interested, He's Just Passing Time: 40 Unmistakable Behaviors of Men Who Avoid Commitment and Play Games with Women 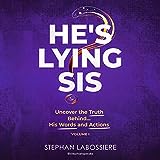 He's Lying Sis: Uncover the Truth Behind His Words and Actions, Volume 1 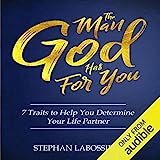 The Man God Has For You

16 Ways To Solve Relationship Problems without Breaking up