Have you ever been victimized by ghosting, and you are still clueless why the girl you were dating did it? So, are you asking why do women ghost men? If you are here for the answers, you can definitely get them!

Before knowing about the reasons, let us define ghosting first. It is the process of ending a relationship by suddenly cutting all communications without explanations at all. Like a literal ghost, the person who initiates this practically disappears from your life instantly.

So, to find out the possible reason why you were ghosted by the woman you liked, keep reading below:

Contents show
Expectations Not Met
1. The Guy is Not What He Portrays Online.
2. He Bores the Girl on the Initial Date.
3. She Gets Turned-off.
4. The Attraction Phase is Over.
Likes Someone Else
5. She Has a Partner Already.
6. The Woman Realizes She is in Love with a Different Person.
7. The Guy is Only a Rebound.
8. She Finds Someone New.
9. She is Guilty of Cheating on Him.
Practical Reasons
10. The Man Does Not Support Her.
11. She Chooses Her Dream More than Love Life.
12. He Cannot Provide Her Security.
13. She Realizes He is Not Someone She Can Be Proud of.
14. They Pursue Different Paths.
Just Let Go
Online courses recommended for you:
Books recommended for you:

1. The Guy is Not What He Portrays Online.

Catfishing is one of the common reasons a woman ghosts a man. This usually happens when two persons meet and start their relationship online. Probably, the guy is not too confident in himself, so he lies about his appearance and other personal characteristics. The problem kicks in when they have to meet finally. Once the girl finds out about the lies, it is normal for her to get mad and disappointed. The guy cannot expect his date to keep talking to him if this happens.

2. He Bores the Girl on the Initial Date.

Another reason why a girl ghosts a guy is boredom. She may realize that the man is not interesting in any way during their first date. If she is not swept off her feet during the getting-to-know stage, she is not likely to waste more time and energy with the person.

One of the usual reasons ghosting happens is getting turned off. If a lady finds something disappointing about a guy, it is not surprising if she will not care about reaching out or responding to the person anymore. What could turn a girl off? If the attraction is purely physical, any flaw in the guy’s appearance can cause her to back out. However, more profound disappointments can be caused by opposing views, different social backgrounds, and disagreeable attitudes.

4. The Attraction Phase is Over.

Ghosting can happen even in long-term relationships. Nevertheless, it is worth noting that not all couples last a long time because of love. Some simply stay together because of sensual intimacy powered by physical attraction. However, time will eventually make them tired of each other. And once the attraction is over, it would be easy for someone—may it be a man or a woman—to ghost their partner.

5. She Has a Partner Already.

Sometimes, the reason a man gets ghosted is that he hits on a girl committed to someone else already. It is not impossible that some girls play around with other guys for fun, but they have no intention of making the friendship serious. Thus, the fling only lasts a few dates. Then, these girls go back to their real boyfriends.

6. The Woman Realizes She is in Love with a Different Person.

A woman may also ghost a guy because she realizes that she likes someone else. But, since she does not have the guts to admit the case to the hopeful man, she resorts to ghosting. She thinks that by suddenly disappearing from his life, the one left behind will just move on quietly. Or, at least, she hopes that he will eventually forgive and forget her.

Men hitting on women who have just come out from a breakup ask for trouble. Usually, a brokenhearted woman dates another guy, hoping it will help her forget the pain. However, once the ex comes back or she realizes she is not getting over him, the new man gets left behind. Typically, a woman in this situation would be too ashamed to apologize to the guy for using him. For this reason, there is a big chance she will end up ghosting him.

8. She Finds Someone New.

Another reason a woman ghosts a man is getting attracted to someone else. Whether she is in a relationship or not, this can happen. Probably, she gets too in love with the new person that she cannot wait to be with him. Being committed to someone else would hinder her heart’s desire. Since breaking up with the wrong guy might only make the situation complicated with drama, she may think that vanishing instantly would solve the problem.

9. She is Guilty of Cheating on Him.

On the other hand, some girls ghost their boyfriends because of the guilt that comes with cheating. It is not about avoiding drama at all, but they simply feel bad about their infidelity. For that reason, even if they do not continue with their illicit affair, they would still abandon their original men. Simply put, they feel undeserving of being loved.

Sometimes, a woman leaves a man because of a more practical reason. Probably, she feels bad because her boyfriend is not supportive of her goals. For instance, she could be planning to work abroad, but the boyfriend discourages her because he simply wants her within his sight. This selfishness could urge the girl to force her out of the relationship. And knowing that the guy would not let her go, she ends up ghosting him.

11. She Chooses Her Dream More than Love Life.

A woman may also ghost a man when she realizes that their relationship can hinder her from fulfilling her dreams. She has probably encountered an opportunity that will serve as a ticket to her success, but her relationship will make it hard. For example, it could be a chance to be in the entertainment industry, and having a boyfriend might keep her from great breaks involving love teams. So, to cut the drama short, she chooses to disappear from the guy’s life without saying goodbyes.

12. He Cannot Provide Her Security.

Another reason a woman will ghost a man is his incapacity to provide her with a stable future. He is probably an irresponsible guy who cannot get a decent job in years. Fearing that she and her future kids would end up living below the poverty line, she runs away from him.

13. She Realizes He is Not Someone She Can Be Proud of.

How society sees our partners may also affect how we adore them. For this reason, a woman who has a practically ‘nobody’ boyfriend might be tempted to leave him behind. She probably believes that her family and friends think of her as a loser for dating a poor and unambitious man, especially if everyone around her is dating a popular guy.

If the woman realizes that she and her boyfriend would never meet eye to eye, she might consider ghosting him. Maybe, they have never agreed on anything, and their plans are different from each other. Thinking about their irreconcilable differences, she probably thinks trying to separate ways amicably is useless. Thus, she just leaves him one day without his knowing.

Does any of the listed reasons ring a bell to you? The girl who ghosted you probably gave a hint of leaving someday, and you ignored it. Whether you have confirmed the reason or not, the best way to deal with the situation is to forgive her for your own peace and move forward. Stop waiting for apologies or explanations that might never come at all. 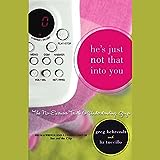 He's Just Not That Into You: The No-Excuses Truth to Understanding Guys 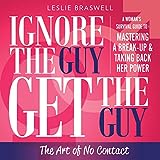 Ignore the Guy, Get the Guy: The Art of No Contact: A Woman's Survival Guide to Mastering a Breakup and Taking Back Her Power 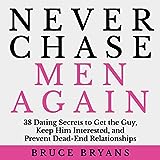 37 Simple Ways to Love a Woman