When a relationship is new, it seems cute to have a boyfriend jealous of other guys for your attention. It would make you feel thrilled and special, knowing that someone wants everything of you to himself. You could even ask yourself, “Am I this beautiful?”

However, wait until your relationship reaches a year or more, and you will eventually get sick of having a jealous boyfriend. You would soon realize that it is not healthy for the both of you at all.

How will you know if your boyfriend is jealous? Get to know these signs:

1. He continuously checks upon you.

If your boyfie is the kind of guy who texts, chats, or calls you now and then, it is a sign. He wants to make sure that he knows everything you do to make sure that you cannot cheat on him. Or he may be suspecting you of seeing someone else, and he is a bit paranoid about that.

On the brighter side, it is good to have a man who checks on you regularly. However, make sure that you leave at least a bit of privacy to yourself. You are still an individual who needs space and time for yourself.

2. Going out with friends often becomes an issue.

You would know that you have a jealous boyfriend if he does not like you hanging out with your friends, especially without him. His malicious mind tells him that you could only be making your friends as an excuse to meet someone else.

Also, if you have close guy friends, he wants you to stop seeing them. He probably feels insecure, thinking that you would find your male friends more attractive and fun to be with than him. Moreover, he could be so in love with you that he does not think it is possible for other guys not to like you.

3. He needs to have access to your gadgets and social media accounts.

If your boyfriend demands your passwords to your phone, computer, and social media accounts, he is obviously jealous. He probably thinks you have some rendezvous behind his back, so he wants to be updated on your communications.

For many couples, it is customary to exchange passwords for transparency between partners. However, what is not healthy is when one demands it even without mutual decision. This kind of arrangement needs to be agreed upon by both the couple, and it should not be the toxic type.

4. You cannot go out without him.

Talking about toxicity, what could be more toxic than being a virtual prisoner of your boyfriend? One of the signs that he is jealous is when he does not trust you to go out alone anymore. He would demand driving you to and fro the office or school every day. Moreover, he would find a way to tag along whenever you go out for a short shopping or meet a friend.

If your boyfriend is acting this way, it is better to confront him. Ask him what makes him so worried that he cannot trust you to be on your own.

5. Getting compliments from other guys puts you in a tough spot.

Being praised by other people is undoubtedly a confidence-booster. However, if this would only cause trouble later on, would you still like to receive compliments? It could be a problem if you have a boyfriend who does not trust you and thinks that any other guy who praises you is a threat to your relationship.

You would know that your man is jealous when, after hearing you praised by someone, he suddenly gets silent. Or, he could be asking for details about the person who complimented you. He likes to make sure that it is not someone you could possibly have an affair with.

6. He stalks your guy friends on social media.

Another sign that your boyfriend is jealous of someone is if he suddenly gets suspicious of your guy friends. Maybe he has seen how sweet or comfortable you are with them, and he becomes curious about your actual score with those guys.

If you suddenly see weird searches on your–or your bf’s–social media account, like including your guy friends’ names, that could be it. Maybe he is background checking your friends to make sure that they are mere ‘friends’ to you.

7. Your message history with guy friends does not go untouched.

Your boyfriend is obviously jealous–and is getting paranoid–if he not only stalk your guy friends but also checks their messages. How would you know about it? One is by discovering it through the searches on Messenger. Another is when he confronts you about your past conversations with them.

If your boyfriend does it with all of your male friends, then he is not only jealous of a specific person. It means he simply does not trust you, and he suspects you without any substantial evidence.

8. He demands that you publicly post about your relationship on social media.

You would also know that your boyfriend is jealous when he insists that you post about him on social media. If you are a private person who is not comfortable posting about your relationships online, this could be challenging. Expect that the more he would demand you do it.

He may be thinking that you are hiding your relationship from the public because you are seeing someone else. Being flaunted on social media would assure him that you are not trying to protect someone else’s feelings.

9. He jokingly accuses you of cheating on him all the time.

Is your boyfriend fond of accusing you of cheating or flirting with someone else? It could be very annoying, especially when you are not doing anything close to it all. What could be more irritating is when he teases you about it, and you suddenly get offended. Then, he would say that you are acting defensively and continues to ‘joke’ about it.

Your boyfriend could be doing this because he is trying to bait you. He is probably insecure and thinks you have a plan of replacing him soon.

10. You are discouraged from wearing sexy outfits and grooming yourself.

Does your boyfriend get mad whenever you wear makeup and a stylish outfit? Is he discouraging you from going to the gym to achieve a slimmer figure?

It is usual for ladies to be vain taking care of themselves. Most girls love pampering themselves with beauty regimes, fitness goals, and fashion. Now, if your boyfriend does not take this positively, it means he is afraid that you will be too beautiful that he would have to compete with more guys for your attention.

Does your boyfriend insist on holding hands whenever you go out? Is he fond of kissing or hugging you in front of other people? If he is very showy of his affection towards you in public, it means he is not secure with you and is a jealous guy.

PDA helps your boyfriend reassure his position in your life. It is his way of “marking his territory” to avoid “trespassers”. This behavior is usually more noticeable whenever there are other males around.

12. You are not allowed to make friends with other guys.

One of the worst signs that you have a jealous boyfriend is when he prohibits you from making friends with other guys. You cannot converse with men you have recently met or even add or confirm their friend requests on social media.

Such kind of setup is not healthy for your relationship. First of all, it will prevent trust and respect from growing between you. Second, it is necessary to widen your social circle for your personal and professional growth. As long as you know your limitation, no need to run away from every man you meet just to please your bf.

Jealousy is not a healthy trait, and it is never cute at all. It reflects the insecurities that a person has. For this reason, it must be dealt with as early as possible. If not, it could ruin a relationship.

To help your boyfriend overcome his jealous streaks, have a heart-to-heart talk with him. Tell him how his suspicions and distrust are affecting you negatively. Also, talk about how both of you can be more trusting and trustworthy.

Enemies of the Heart: Breaking Free from the Four Emotions That Control You 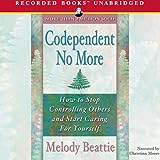 Codependent No More: How to Stop Controlling Others and Start Caring for Yourself

I Love You But I Don't Trust You: The Complete Guide to Restoring Trust in Your Relationship

12 Ways to Overcome Jealousy in a Relationship

21 Signs Your Boyfriend or Girlfriend is Cheating on You

12 Ways to Stop being a Jealous Boyfriend

10 Ways to be More Mature in a Relationship

9 Obvious Signs of Unhealthy Jealousy in a Relationship