One of the most challenging phases in any relationship is getting the approval of your boyfriend’s parents. This is especially when you two are already becoming serious in your relationship and he decides to introduce you to his family, in particular, his mother. His folks may have their own standards and preference of whom their son should date, but this is all because they only want the best for him.

1. Be respectful.
Being respectful is one of the fundamental ways to get into your boyfriend’s mother. This is because when she sees that you are courteous and polite, she is in a way assured that her son’s girlfriend was raised well. It also pays to mind your manners because she observes you not only as of the girl her son is dating but as a future daughter-in-law.

Indeed, it can be intimidating to get your boyfriend’s mother’s sign of approval, but by being respectful in the way you think, act, speak, and carry yourself, she will definitely see you in the way her son did that led you two into being in a relationship.

2. Smile a lot.
Another way to impress your boyfriend’s mother is by smiling a lot. Carrying a cheerful persona also helps because who wants to have a grumpy girlfriend in the first place? It is also a must that you learn to smile a lot especially when you are known to have a standoffish façade (aka resting b*tch face), as smiling significantly reduces this look.

Smiling also means that you are approachable, and mothers always want to approach the persons their children are dating in order to know them more.

3. Remember special occasions.
It also helps when you take the initiative to take note of special occasions, such as Mother’s Day, other holidays, and most especially, her birthday. Your boyfriend’s mom will feel loved and cared for during these days, and to know that you took the initiative to reach out, the more points of approval she would give.

Also, mothers are women, and women get easily giddy whenever they are prioritized on these special days. You may want to do that for her in the same way you make your own mother feel loved.

You may want to encourage your boyfriend to do special things for his mother, such as more frequent visits, or taking her out on a date. You two may want to include her in some of your activities as well.

5. Do not show your relationship arguments in front of his mother.
Mothers don’t like it when they see their son having an argument with his girlfriend. Do note that even when it is your boyfriend who is at fault, his mother would still come to his side mainly because blood is thicker than water. Also, she would see this negatively, as she may think that you’re already acting like a nagging wife, and no mother would want such a girl to be with her son.

It is thus a must that you keep relationship-related arguments away from his mother’s knowledge. Among many things, when entering a relationship, you should know how to handle arguments and misunderstandings by yourself. You don’t have to flaunt these in the open because doing so will only make you and your boyfriend look immature.

6. Show it through food!
Just like the best way to a man’s heart is through his stomach, the same goes for mothers. But rather than looking at your ability to cook hearty, scrumptious meals, moms look at your effort and diligence to make something special for her. This is because she sees that you are sincere and thoughtful towards her, and she’ll also realize that you are doing the same for her son.

You need not cook for her every time; you may want to get her special edible goodies, such as cookies or cake, every once in a while. If the food’s not an option, then you may want to send flowers her way during special occasions.

You may want to take a step back and act more like your boyfriend’s partner and not his mother. This way, his mom would be able to care for her son and extend the same care and affection to you.

8. Be yourself.
Lastly, it also pays to be yourself when in the presence of your boyfriend’s mother. This means that you don’t have to pretend to be another person in order to be liked, or tell fancy tales about your background just to impress her. This is because she’ll learn the truth about you in one way or another, sooner or later.

Try to be as honest as you can, but also keep in mind the need to act with finesse and courtesy whenever you are with her. This way, she is able to see that her son made the right choice of dating you. Indeed, at first, you fail to get her impression, but by showing your sincere and authentic side, she will realize that you have qualities that make you a good girlfriend for her son.

Self-Love Workbook for Women: Release Self-Doubt, Build Self-Compassion, and Embrace Who You Are (Self-Help Workbooks for Women)

Present, Not Perfect: A Journal for Slowing Down, Letting Go, and Loving Who You Are 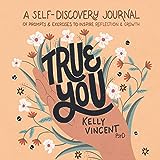 True You: A Self-Discovery Journal of Prompts and Exercises to Inspire Reflection and Growth