The best thing I’ve ever done in my life was quit smoking. I started when I was 14-years-old and smoked until I was 30. I had some weird symptoms in my 20s, such as a lump in the throat and coughing after taking a bite of any food, and as much as I loved smoking, I didn’t like those symptoms. The truth was that I knew smoking was bad for me, but I couldn’t quit until I developed some positive affirmations that helped me re-frame the way I thought about myself and about smoking.

Contents show
3 Affirmations That Helped Me Quit Smoking Forever!
1. I Am A Non-Smoker
2. I Have Power Over My Health
3. I Have More Fun As A Non-Smoker
You Couldn’t Convince Me To Start Smoking Again 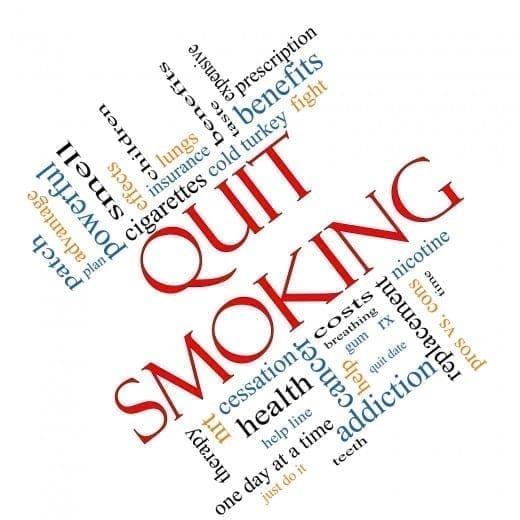 It sounds crazy, but this is the most powerful positive affirmation I used to keep me from ever smoking again.

When I was a smoker, I was proud to be a smoker! I honestly thought I was cool and non-smokers were losers.

But, when I realized I wanted to quit, I simply told myself over and over again that I was a non-smoker. That’s who I was. And, despite the fact that I wasn’t hanging out with a cigarette in my mouth, I was still me – cool, confident, and fun.

It didn’t take long for me to develop a mindset that non-smokers were cool and smokers were losers.

It was amazing to be able to do whatever I wanted to do without having to think about my next cigarette.

I am a non-smoker, and I am so proud of that fact!

2. I Have Power Over My Health

As a smoker, I felt like I didn’t have a choice. I wasn’t in control of my own life. Cigarettes ruled my decisions and they ruled my health. I just had to wait and see what was going to happen.

When I decided I wanted to quit smoking, I told myself that I had power over my own health. I could choose to smoke or not to smoke, and since I knew smoking was hurting my health, I chose not to smoke!

What a concept that was at the time.

As I started to lose that smoker’s cough and that weird lump in my throat went away, it became clear that I had to make good choices for myself.

The great thing is that after I quit smoking and realized the power I had over my health, I started to make better choices with eating and exercise too. I felt more in control, so I used my newfound power to make the best choices possible.

3. I Have More Fun As A Non-Smoker

When I smoked, I thought that I wouldn’t have as much fun when I quit. In fact, I was going on a cruise one month after I decided to quit, and I genuinely felt like it wasn’t going to be fun because I wouldn’t be able to smoke.

Once I quickly realized that cigarettes were taking me away from what I wanted to do, I developed the positive affirmation ‘I have more fun as a non-smoker’. And, it didn’t take me long to fully believe it.

On the cruise, I was able to go wherever I wanted without worrying about whether or not I could smoke. That meant that I could hang out in the lounge for hours with my husband having drinks and talking and enjoying the atmosphere. It also meant that we were able to go straight back to our inside room where smoking wasn’t allowed and enjoy the rest of our night there.

I feel bad for people who can’t just enjoy the moment because they are so busy thinking about a cigarette. That’s not fun at all!

You Couldn’t Convince Me To Start Smoking Again

I will never smoke again. No matter what, I wouldn’t pick up a cigarette and inhale from it. Why would I?

I love the fact that I’m a non-smoker in control of my own time and health. I also love to do what I want when I want to do it without having to take smoking into consideration.

If you want some more affirmations to help you quit smoking, I recommend reading Allan Carr’s book. It’s going to help you completely change the way you talk to yourself about smoking.