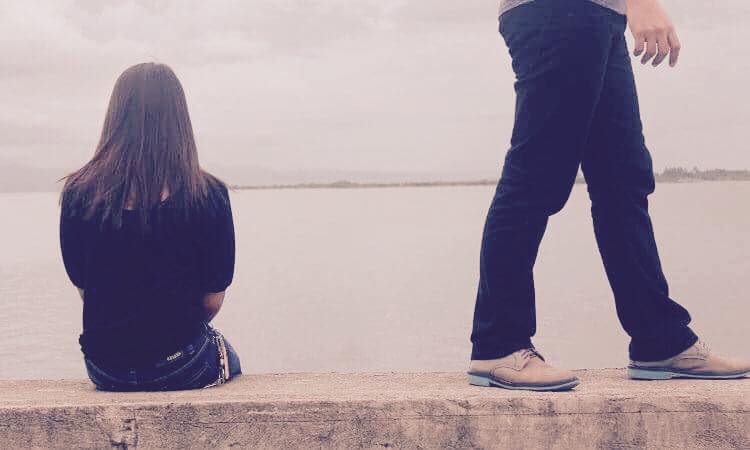 So you’ve met a guy whom you think is super cool but you don’t know if he really is. You might also not even know what kind of relationship you two have. Is that why you decided to check this blog out? Or is it because you’ve never had a boyfriend before and you want to make sure you’re dating the right person?

Worry not, I’m here to guide you well and make sure you end up with the right one. Here is the list of some signs you need to look out for:

Contents show
1. Mood swings
2. He only shows up when you’re needed
3. You do things according to his time
4. No deep conversations
5. Not interested in your life
6. He’s hiding you
7. He doesn’t want you to ask questions about him
8. He doesn’t want you to meet his friends
9. He plays with your feelings and emotions
10. Empty promises
11. He pressures you into bed
12. He treats other girls badly
13. He makes you feel insecure about yourself
14. He does not care about you at all
15. You feel it in your gut
Bottom line

He has two sides to him. Overly moody and overly ecstatic. He never seems to have a normal day with you. There will be days when he just ignores you and easily gets angry over small things and days when he just wants to stick around you all day long, desperately needing you.

2. He only shows up when you’re needed

Is this guy only around when he needs you, and when it doesn’t, you don’t hear from him for a long time? Then that person is just playing with your emotions.

A real man won’t do this to his one true love. Instead, he will be there all the while treating you like a queen because he does not want to hurt your feelings or let you go that easily.

3. You do things according to his time

He only gives you so little of his time? He often cancels your plans together? He always forgets that you two have something to do because he is always preoccupied with something else? Not only does it says that you’re not his priority, but it’s also a sign that he has better things to do than hang out with you.

He always avoids talking about the things you want to do with him in the future and instead, he just wants to just have fun with you. He prefers small talks and flirting than having one of those get-to-know-you-more conversations. He might even just say it casually ‘Let’s just have fun today, alright?’ thus, cutting off the plans you wanted to do with him.

He might have asked you the basic questions like ‘where do you live’ or ‘how many siblings do you have’ on your first date but he immediately erased it in his mind because you’re not just that important taking space in his life.

He hesitates to hang out with your family or your friends. He doesn’t even know what flavor of ice cream you like or the kind of movies you enjoy. If the person is really interested in you, he will know the tiniest thing about you (even the kind of pajamas you wear on weekends) and spend time together with other people close to you.

He doesn’t care about you because he is just playing a game with you, no commitment at all.

You’ve been dating for quite some time now but he still hasn’t introduced you even just to his friends. He always says later but he never really does. Even when you two are out together and a friend he knows approaches you two, he doesn’t introduce you as his girlfriend but just a friend (worse if the friend is a girl, he might be dating her too).

7. He doesn’t want you to ask questions about him

A good guy will always welcome the opportunity to open up to a woman he cares for. However, if this guy is hesitant when answering your questions, then there’s something wrong with that situation.

It’s only fun to be mysterious on the first few dates but if you two have already been hanging out for a long time now but you still don’t know the smallest details about him, it’s a sign he doesn’t want you to be deeply connected with him. He might not also want you in his life and only sees you as someone he can replace when someone else comes along.

8. He doesn’t want you to meet his friends

If he’s not open to bringing you around his friends, it means he doesn’t want them to know about your relationship. If he is serious about you, he will show you off to their friends and treat you like a queen, or at least try to impress you so they can ask you out later. If this guy doesn’t want that, he’s just playing games with your feelings and does not care about how he makes you feel.

9. He plays with your feelings and emotions

This guy can be so sweet to you when he wants to get into your pants, but once you give it up easily and all too soon, he starts treating you like nothing afterward.  He will tell you one thing today and another thing tomorrow.

So keep in mind that this kind of game player is dangerous for someone looking for a real relationship. If this guy is playing a game with you, then don’t let him waste your time!

This guy will tell you anything to get the job done. He may even promise to take care of you and your family, but once you’re in bed with him, he tells you that he is not ready for a relationship after all.

Sometimes this guy does not even show up on time! Remember that actions speak louder than words. His actions are telling you that he’s just playing games with your emotions! Believe me, if this guy cared about how you will feel if he acts like this, then there will be no way of him hurting your feelings.

11. He pressures you into bed

This guy is really good at pressuring you into doing things that you’re not ready for. Then, he will tell you that you are no fun if you can’t do it and that he can “find some other girl who will.”    This is just another way of giving you the idea that if you don’t do something you’re not ready for, other girls will.

This guy cares more about how many women he can get and less about getting one good girl to treat well. If this guy doesn’t respect your decision, then he probably does not care enough for your feelings at all.

He’s nothing but just playing a game with you.

12. He treats other girls badly

If this guy mistreats other girls, then he is probably doing the same to you. You should never be second to any other woman. Of course, he is probably just a jackass in general, but he just has not treated you like that yet!

Please don’t play games with your feelings, and don’t let this guy play them with yours too. Be wary of these signs because they will show you if the guy you are messing around with is playing games with your emotions or not.

Let him go and find someone who deserves your love.

13. He makes you feel insecure about yourself

This guy is just playing the game with your emotions so he can make you think bad about yourself.  He will say things to make you question whether or not you are good enough for him. This kind of behavior is another way of using mind games against women to get them into bed.

A real man will respect his woman and never tell her that she’s not good enough for him, especially when he knows very well that she really is. So if this guy does this to you, then there’s no need for you to stick around waiting for him because he’s only going to hurt your feelings even more later on!

14. He does not care about you at all

If this guy does not do anything for you, then he is just playing with your emotions. Remember that it takes two people to make a relationship work, and if he doesn’t give his all toward helping the both of you, then there is no reason for staying there.

He probably wants to take advantage of your beauty!

If he were really interested in pursuing something real with you, he would make time for everything, including the little details and proving himself as a good partner.

Don’t waste your time on someone who does not even care about you! You deserve better than that!

Trust your gut feeling.  If something does not feel right, then it probably isn’t! If you walk around with the feeling that something is just not right between the two of you, then trust your instincts on it and get out of there fast!

Remember, this guy may be a game player like the one described above. Don’t let him play games with your emotions because nobody deserves to feel bad about themselves or to have their feelings played around with.

If you wonder if the guy in your life is playing games with you, there are some signs to look out for!  If he doesn’t show up on time or is pressured into doing things that make you uncomfortable and don’t respect your decision.

It can be hard to tell whether a guy really cares about you or not, but listen closely and trust your gut instinct because they never lie. If this sounds like something that has happened more than once with him, then it may just be time to move onto someone who will treat both of them better.

If he is any one of these, just think about it. You might want to reconsider if he’s worth another chance or you might be better off being single. Maybe you can take your precious time alone, focus more on improving yourself and hang out with your friends to avoid the possibility of getting your heart played. 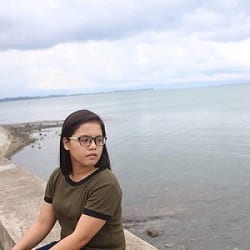