The longer Dana was single, the more convinced she was that she would be single forever. She eventually gave up on trying to find someone. Then she met Adam. He had also been asking himself if he would be single forever. Neither of them had ever dated someone else. It wasn’t for lack of trying. They just couldn’t meet someone and make that connection that took them out of singlehood and into the land of dating.

Contents show
The Truth Is That Some People Will Be Single Forever
8 Things To Ask Yourself If You’re Worried You’re Going To Be Single Forever
1. Am I Negative About The Sex I’m Interested In?
2. Am I Too Negative In General?
3. Am I Too Picky?
4. Am I Being Myself?
5. Do I Love Myself?
6. Am I Well Groomed?
7. Am I Inappropriate?
8. Am I Desperate?

The Truth Is That Some People Will Be Single Forever 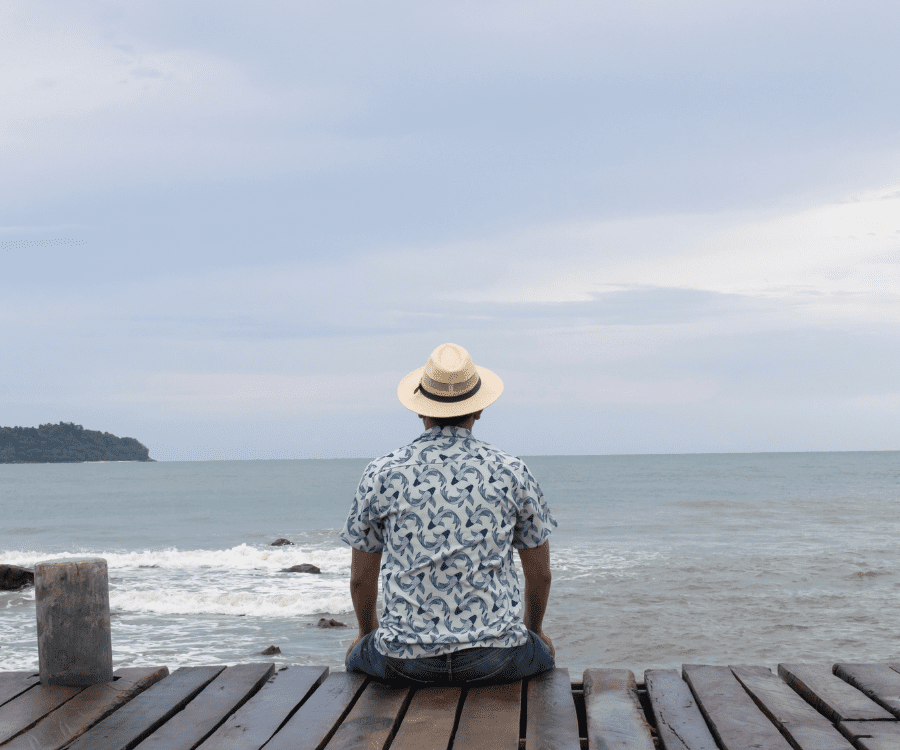 There are some people who will be single until their 40s or beyond and then find someone with who they spend the rest of their life with. I just read a story about a woman who had never dated anyone until she turned 72.

Unfortunately, some people will be single forever. It doesn’t have to be this way, but some people just can’t move past the point of being single.

Ask yourself the following questions and then get to work fixing the things that are holding you back from finding someone.

1. Am I Negative About The Sex I’m Interested In?

There is nothing more unattractive than someone who is negative about you before you even get to know them.

I used to run a dating site for straight men. It had a forum, and the men on there were so negative towards women.

They would leave comments about how all women were evil and horrible and nasty whores. I was constantly shocked at how these men would put down women while at the same time they were looking for women. It blew me away, and I wasn’t surprised that none of them could get a woman. They wouldn’t listen to any other opinion. I would wager that many of those guys are going to be single forever.

If you are interested in women but have a very negative attitude towards them, then how can you expect to ever allow a woman into your life, date her, and develop a relationship with her?

The same goes for men. If you think all men are jerks, then how do you expect to ever look at a man and see the potential he has to make you happy?

If you are negative about the sex you are interested in, then you need to lose the stereotypes you’ve developed or you will be single forever.

Or, you will eventually find someone with really low self-esteem, and then get into a relationship that sucks where you might as well be single.

2. Am I Too Negative In General?

A friend of mine was once interested in this guy in one of her college classes until he opened his mouth. He was an interesting looking guy, so she was initially attracted to him, but as soon as she talked to him she realized that he complained about everything.

Recently, she looked him up on Facebook. He is 45 and still single. Going through his Facebook it doesn’t look like he’s dated anyone since college and his posts are all complaints about politics and other people. She’s convinced he will be single forever.

You may not complain about everything like that guy, but if you have a negative vibe to you, then you are going to turn off people.

Ask yourself if you are more pessimistic or optimistic. If you find that you tip the balance towards pessimism, it may be time to look at some of your beliefs and how you can change them to be more optimistic.

Think about it this way – not one person wants to spend their lives in misery with someone else. If you make people feel miserable when they meet you, then they are going to instantly be repelled by you because nobody is looking for a pessimistic person who drags them down.

There is a video out there of a guy who has never dated anyone listing off the criteria he wants in a woman, and it’s really specific. He is no prince charming. in fact, it doesn’t look like he’s showered in a week. But, in the video, he clearly states that he wants a younger woman who lives near him and looks a certain way. He wants her to have a sense of humor and cook good food and not have any kids. His list is ridiculous, and I can’t almost guarantee that he’s going to be single forever because he’s looking for something unrealistic.

It’s a mistake not to look for someone who is in line with what you want. You want someone who aligns with your morals and beliefs, but you don’t want to be too strict when it comes to the person you are willing to date.

You need to be yourself both in person and online.

Too many people pretend to be someone online that they are not and then when they end up talking to someone in real life, the person feels tricked and annoyed that you wasted their time pretending to be someone you are not.

Pretending to be someone you are not is a one-way ticket to being single forever.

Always remember that people can spot fakeness from a mile away, so don’t even try it. Be yourself.

Maybe you are thinking, “I don’t want to be myself because I suck!”

If you hate yourself, why would anyone else like you?

This is where confidence comes in. You have to be confident in yourself. You have to know that you are a catch and that someone would be lucky to date you.

It’s very important to build up your self-worth when you are single. If you know your value, you will have an easier time selling yourself to somebody you are interested in.

Some people think this is superficial and that others should be able to look past physical appearance, but when it comes to being well-groomed, it’s a must. If you don’t want to be single forever, you need to take care of yourself.

Attractiveness is subjective. There’s likely someone out there who finds your looks charming or appealing in some way. However, being well-groomed is a whole other matter and a lack of grooming will turn off everyone you meet.

If you haven’t taken a shower for a while and are wearing sweats and a shirt with a stain on it, people will make their minds up about you before you even talk to them. You will appear to be a slob… someone who doesn’t take care of themselves.

Since most people are looking for not just a partner but someone to have sex with, this is going to turn off everyone without a doubt. Why would they want to have sex with someone who is dirty and smelly and doesn’t take care of their grooming?

This is a huge problem that some people have and it will keep them single forever.

If you have an inappropriate sense of humor or way of relating to other people, then it will turn people off.

Unfortunately, we often become inappropriate because of the way our life has been. For instance, if our parents were neglectful and we weren’t allowed to have friends, then we don’t really learn how to interact with other people and be appropriate when showing love.

It’s very important to build your social skills and learn what is appropriate and not appropriate to do with other people. This is a skill that you may need to work on, but it’s a must. It’s non-negotiable. Even the most patient person is not going to put up with inappropriate behavior for a long time.

Desperation is a huge turn-off. But, if you feel like you are going to be single forever, then there is a chance that you may feel a little desperate to find someone sooner than later.

Being desperate will cause you to say and do things that turn others off. You may rush things or act inappropriately because you are desperate.

You can tell if you are desperate if you feel a sense of urgency to make any sort of meeting into something more than it is. People who are not desperate and are actively looking for someone will not expecting every encounter to turn into a relationship. They are focused on themselves and their goals, and turning a meeting into a relationship is not their number one priority.