You dislike a YouTube personality, so you harass them in the comments. You dislike someone in your store, so you harass them in person. It makes you feel big and important at the time. It makes you feel like you are putting them in their place. You feel like you are being open and honest and willing to ‘tell it like it is.’ But is that really what it does? Does harassing other people do anything positive?

6 Things Harassing Other People Will Do For You 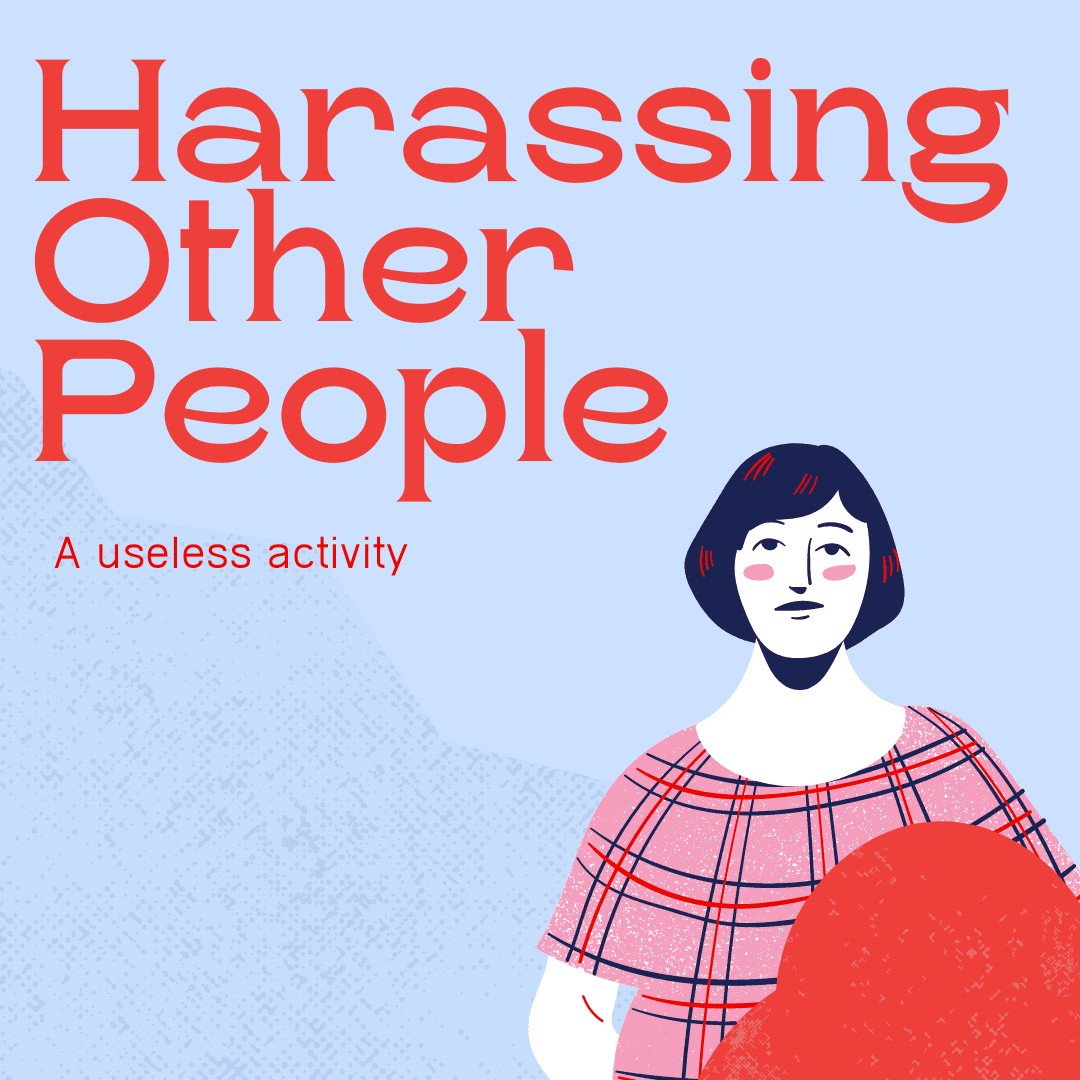 1. It’s A Good Way To Ruin Your Own Happiness

You know that harassing other people makes them feel bad, but did you know that it’s also keeping you in a state of negativity and poor health?

Being angry at other people can affect your physical and your mental health.

Can all be a side effect of anger.

Why do that to yourself?

Is trying to make someone feel bad worth your happiness?

2. You Become Very Small In Your World View

When you harass other people, you are telling them that they are wrong and you are right. This limits your ability to expand your world view which affects your entire life negatively.

For instance, if you hate the police because of a negative experience you had, and you harass them whenever you see them, then you are unable to see that there are many good police out there who are doing good things. You can only view the police from one angle, and this limits your ability to interact with them or anyone else who has a different viewpoint.

Or, if you harass someone when they try to enforce a store policy on you, then you are unable to see where the store employee, the store itself, the people who put the rules forth, and even the industry that created the rule are coming from.

And that’s where the biggest problem comes in. Your small worldview is going to cause a lot of conflict in all the categories of your life. You will be unable to grow and expand and have compassion because your viewpoint will be so limited and restricting.

3. Increases Your Regret In Life

We all have regrets in life, but if you are harassing other people, the chance of feeling regret increases drastically.

Maybe one day you will wake up and realize what a jerk you’ve been. You will regret making other people feel bad about themselves simply so that you could prove that you are worthy, right, or better than they are.

If you need help one day from someone you harass, you will definitely regret it. The chances of someone helping you after being harassed by you are very slim. They have to be a very strong, kind person who is willing to interact with someone who has caused negativity in their life.

For instance, two of the most miserable people on the planet are Glenn Cerio and a guy who calls himself Silence Boy. They call themselves ‘auditors’ who keep tabs on police and make sure they are doing what they are supposed to be doing. But all they really do is harass people. They harass police, government employees, and even civilians just minding their own business. They are two of the most hateful people I’ve ever seen, and they are making a big name for themselves… as harassing jerks. Yet, when they feel threatened or wronged in some way (even when nothing has really happened to them) they call for the police to help them. One day, someone is going to hurt them, and because they have harassed so many people and cried wolf so many times, things aren’t going to go their way and they will regret being jerks in life.

Note: If you want to learn more about these guys, don’t watch their channels because it encourages them to keep harassing others. Instead, check out Familia TV. He really explains what they are doing well. You can also watch Team Skeptic who says everything most people want to say.

4. It Makes Other People Dislike You

This is obvious, but it’s something that needs to be pointed out.

Nobody likes someone who harasses them or other people.

Harassing others is not an attractive quality to have.

If you want to ruin relationships and ensure that others never get started, harass people.

In fact, people who harass other people, especially when they are younger, tend to have problems with long-term relationships. Source I think this is because their worldview becomes so narrow that they don’t accept the people in their lives for who they are. It could also stem from being in a state of anger and other negative emotions.

5. It Can Affect Your Employment

Want to get demoted or fired? Harass other people.

We have seen this recently where people are being videotaped for harassing others and then learn that they got fired because their employer does not stand behind their behavior.

The problem with harassing others is it can become a habit. When you harass someone who annoys you and feel a sense of power because of it, then it becomes easier to harass the next person and the next person after that.

This means that when you are dealing with a co-worker you don’t like or when a co-worker seems like an easy target, you may find yourself habitually harassing them as it’s what you’ve done in the past with other people.

It’s a great way to ensure you never find the type of employment you want.

6. It Wastes Your Time

Harassing someone else does nothing good for you or them, so why do it?

If you feel the need to talk to someone, have a mature conversation with them – if they are willing to conversate with you. If not, find something better to do.

Your harassment is not going to mold them into who you want them to be.

It’s not going to make you happier.

It’s not their fault that you are harassing them, it’s your decision to harass or not harass.

Harassing other people is a poor choice in life and it is a complete waste of time.

What Can you Do Instead Of Harassing Other People?