Many girls want to date alpha males because of their strong personalities. However, there are tough women who want to avoid this kind of partner since it would be inevitable to clash.

First, what is an alpha male? What kind of personality does he have?  Whether among humans or in the animal kingdom, an alpha male is the archetype of leadership. He is at the top of the social and sexual order and often gets the authority in a group. He attracts most females because he is strong and a natural leader.

Of course, there are both advantages and disadvantages of being in a relationship with an alpha male. For instance, while you can rely on him since he is highly dependable, you might condemn his imposing or bossy attitude. That is why, before you decide to commit yourself to an alpha male, you have to check if you can have a harmonious relationship with him.

So, how will you know if you are dating an alpha male? You can check out the following signs:

Contents show
Being in Control
1. He Influences Others in Decision-Making.
2. He Makes Sure Every Area of His Life is in Order.
3. He is in Control of His Emotions.
4. He Sees to It that Nothing Gets Out of Hands.
5. He Can Manipulate Situations According to His Plans.
Being the Boss
6. He is Often Appointed as Leader.
7. He Wants to Build an ‘Empire’.
8. He is Goal-Oriented.
9. He Can Delegate Tasks with Authority.
10. He is Competitive.
Being in Charge of Others
11. He is Protective of the People Close to Him.
12. He is Often Approached for Help and Advice.
13. He is Looked Up to by People.
14. He Does Not Get Intimidated by Others.
15. He Can Motivate People.
Differences Between Alpha Male and Beta Male
Can You Handle an Alpha Man?
Online courses recommended for you:
Books recommended for you:

1. He Influences Others in Decision-Making.

An alpha male cannot just sit back and listen to others come up with a decision. He is vocal in expressing his ideas and will not hesitate to voice out opposition if he disagrees with others’ points. Most alpha males are clever and cunning, so they can persuade listeners to side with them by using convincing propositions.

2. He Makes Sure Every Area of His Life is in Order.

Alphas like being in control. For this reason, men with this personality make sure that everything is working according to their plans. They want their home, career, relationships, and even social image to be in order based on their standards. Therefore, they always aim for perfection.

3. He is in Control of His Emotions.

It is rare for an alpha guy to panic during problems. Even when others are already fretting over an out-of-control situation, expect him to remain calm and composed. It does not mean that he is not afraid or worried at all, though. He simply knows that he must practice mind over matter all the time to think clearly. Plus, he makes decisions objectively because he does not let his emotions overwhelm him.

4. He Sees to It that Nothing Gets Out of Hands.

As mentioned above, he likes being in control. That is why he always monitors areas and situations concerning him. He is a strict boss at work who wants everyone under his leadership to carefully follow his instructions to avoid any possible mishaps. He is strategic and finds every loophole before executing a plan.

5. He Can Manipulate Situations According to His Plans.

Alpha men can be manipulative too. Since they want to control all the time, they can resort to manipulating people and circumstances to their advantage. Moreover, since they are strategic, they can plan to arrange or plot situations to achieve their desired results.

6. He is Often Appointed as Leader.

Since an alpha male is a born leader, people usually pick him to be the leader in groups or activities. It is because he has qualities that will allow him to lead with less struggle. These traits include being strong-willed, decisive, firm, and competitive.

Alpha males are naturally ambitious. They aim for big dreams and work hard to achieve them. They are hard and smart workers who are willing to do everything just to succeed. In addition, their leadership skill allows them to manage and mobilize people to work for them. That is why it is not surprising that alpha men often end up at the top of any organization. For instance, most CEOs are actually alpha in nature.

In connection to no. 7, it is correct to say that an alpha male is goal-oriented. He knows what he wants and will focus all his energy on getting it. He is not easily distracted, and once he sets his mind to doing something, no one can stop him. He will do whatever it takes to accomplish his goal.

9. He Can Delegate Tasks with Authority.

Since he is good at leadership, he can assign tasks to his team members. He is not shy or afraid to delegate work to other people because he knows he has the power to do so. Moreover, he handles complaints and issues professionally, so his subordinates can efficiently work with and form him.

An alpha male is naturally competitive. Just like how alpha animals in the wild fight to attain kingship in their group, alpha men are not afraid to compete. In fact, they love competition as it serves as their driving force to work hard. Therefore, it is not unusual for alpha males to top in class, win contests, and get promoted at work.

Being in Charge of Others

11. He is Protective of the People Close to Him.

An alpha male is instinctively territorial. He feels that it is his obligation to protect everyone associated with him. When necessary, he will defend family members, friends, or colleagues at all costs. This is also the reason why people want to be around him. He exudes an ambiance of security that makes others feel safe whenever he is around.

12. He is Often Approached for Help and Advice.

Moreover, people often go to him whenever they need help. He is known for his clear and sound thinking, making most of his decisions correct. For this reason, others seek his advice, especially if they are not confident with their own decisions. In addition, since he feels that it is his responsibility to care for others, an alpha male will not hesitate to help those in need.

Most people admire an alpha male because of his leadership skill, drive for excellence and reliability. Many young people see him as a role model, especially if he is wealthy and successful. Since he is often at the winning end, it is not surprising that other people want to be like him.

14. He Does Not Get Intimidated by Others.

You cannot intimidate an alpha guy. Since he has intact self-esteem and confidence, he is not moved by others’ money, position, or popularity. His competitive side tells him that he has what it takes to defeat any rival.

15. He Can Motivate People.

Being admired by many, an alpha male has the power to encourage others to chase their dreams. His success, experiences, and words of wisdom can convince people to be hard-working and risk-takers. Moreover, he loves challenging others, and he uses this strategy to motivate people to aim for higher goals.

Please visit Differences Between Alpha Male and Beta Male for the details.

Can You Handle an Alpha Man?

Now that you have an idea of how an alpha man is, ask yourself if you want one to be your partner. Indeed, you would enjoy many privileges that come with dating a ‘king’, including popularity, security, and stability. However, are you ready to submit to him in everything? Can you live up to the pressure of aiming for excellence all the time since he requires it?

If you think this is the kind of man you want to end up with, then do not be intimidated. Date an alpha guy! 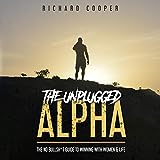 The Unplugged Alpha: The No Bullsh*t Guide to Winning with Women & Life 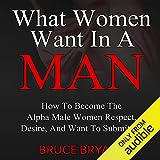 What Women Want in a Man: How to Become the Alpha Male Women Respect, Desire, and Want to Submit To

19 Necessary Ways to be Responsible in a Relationship