Respect is an essential element in a relationship. Without it, it is impossible to love, trust, and be kind to each other. For this reason, it is the responsibility of couples to learn to respect each other.

What if you feel like your boyfriend is disrespecting you? What should you do?

Before that, please check these signs if your boyfriend truly does not respect you.

Contents show
1. He is rude to you.
2. He embarrasses you in public.
3. He ignores your calls and messages.
4. He does not respect your opinions and beliefs.
5. He does not care about your belongings.
6. He often arrives late or would not show up.
7. He badmouths your family.
8. He ignores you when in a group.
9. He criticizes your friends.
10. He chooses to be with his friends over you.
11. He is dishonest.
12. He does not hide his attraction to other girls.
13. He compares you to other women.
14. He says negative things about you to his friends or other girls.
15. He flirts with other girls.
16. He does not give you full attention.
17. He does not care about how you feel.
You Deserve to be Respected
Online Courses Recommended For You:
Books Recommended For You:

2. He embarrasses you in public.

Another sign your boyfriend does not respect you is if he embarrasses you in front of other people. If he yells at you in public or reprimands you in front of his friends or family, that is very disrespectful. A gentleman who respects and loves his girlfriend will protect her from embarrassment and deal with her privately.

3. He ignores your calls and messages.

If your man can ignore your chats, texts, or calls because he is busy watching his favorite show or playing mobile games, then he does not respect you. It means that he does not value time and communication with you. He does not care about making you wait for him. He will only respond or call back whenever he feels it.

4. He does not respect your opinions and beliefs.

It is usual for couples to have opposite views since both persons came from different backgrounds and have separate minds. However, what makes strong relationships long-lasting is the respect for each other’s opinions, perceptions, principles, and beliefs. If your boyfriend respects you, he will not argue or impose his thoughts on you.

5. He does not care about your belongings.

Does your boyfriend toss around your things carelessly? Or has it ever occurred that he broke some of your stuff just because you fought? One of the signs that your boyfriend respects you is if he respects your personal belongings. Knowing that they matter to you, he will handle or care for them like they are his. However, if he does not care if your things get damaged, lost, or dirty, it means he has no respect for you.

6. He often arrives late or would not show up.

Aside from making you wait on the phone, does he often do it on your dates or meetups as well? If a man truly values you, he will honor your time. Nevertheless, you would know that he is disrespectful if he always arrives late, or worse, he would not arrive at all. Or at the last minute, he would tell you he cannot make it because he has to meet with someone else or has other things to do.

7. He badmouths your family.

8. He ignores you when in a group.

Have you and your boyfriend been with friends or acquaintances, and it seems like you were the last person he would notice in a group? If your guy does not listen or pay attention to you whenever other people surround him, it is a sign that he does not see you as someone worth respecting.

9. He criticizes your friends.

Like how he should respect your family, your boyfriend must also understand that your friends are important to you. Therefore, if he cannot say anything good about them, especially in front of you, it means he does not care about you would feel.

10. He chooses to be with his friends over you.

Another clear sign of disrespect is when your boyfriend insensitively makes you feel that he rather be with his friends than you. One example of this is when you need his help, but he chooses to hang out with his friends. Or whenever he would cancel your date just because his friends invite him to a party.

How many times have you caught your guy lying to you? If your boyfriend can lie to you over and over, he does not respect you. A man who respects his girl believes that she deserves to know the truth about everything concerning him.

12. He does not hide his attraction to other girls.

One of the most obvious signs of disrespect is when your boyfriend is so vocal about being attracted to other women. If your boyfriend would not even care if you caught him staring at other girls, he is not worth it, then. He does not respect your feelings.

13. He compares you to other women.

Worse, has your partner ever compared you to other girls? Has he ever told you that you should dress like his crush or take care of him just like how his ex did? If you have ever experienced this, it is clear that you are not being respected in your relationship.

14. He says negative things about you to his friends or other girls.

Have you ever overheard your boyfriend or accidentally read his messages badmouthing you to others? If your boyfriend respects you, he will not disclose your flaws to anyone else, especially his friends. Also, once you discover him talking trash against you to other girls, it could mean he is flirting with them.

15. He flirts with other girls.

16. He does not give you full attention.

17. He does not care about how you feel.

Overall, your boyfriend clearly does not respect you if he is insensitive to your feelings. If he loves and respects you, he would be mindful of his words and actions to avoid offending you. The last thing he would want is to hurt or make you cry.

You Deserve to be Respected

If you are aware that your boyfriend does not respect you, it is time to move on. He does not deserve you. You would only end up miserable with him.

Find someone who values your worth as a person and partner. The right man will respect and love you and those that you value.

Love and Respect Workbook: The Love She Most Desires; The Respect He Desperately Needs 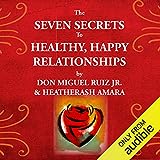 17 Important Ways to Respect Your Wife

7 Ways to Make Your Girlfriend Respect You