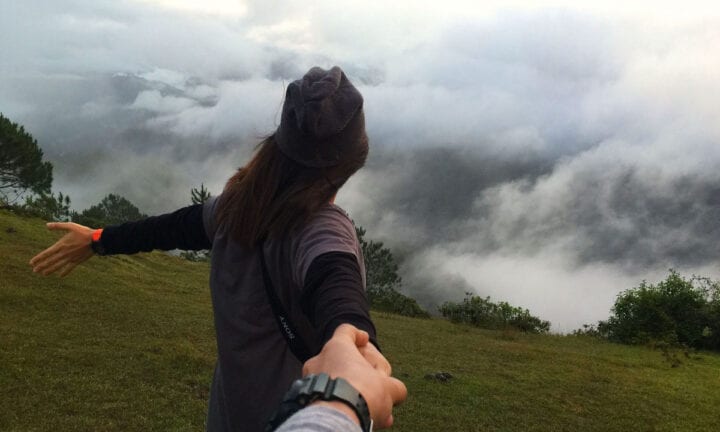 What are the things that a great boyfriend does for his girlfriend? There are countless feats he can do for his true love, and here are some of them.

1. He keeps his promises like his life depends on it.

2. When he buys a gift for his girlfriend, he will spend a lot of time looking and selecting for the best. He will even sacrifice his little money left just to get that special gift for her. He gives from the bottom of his heart.

3. He is chivalrous and a true gentleman. He is gentle with his hands, with his words and with his actions to give her security… physically, mentally and emotionally.

4. He always visits his girlfriend’s family, not just to win their favor, but to also show his love and respect for them.

5. He is happy and honored to introduce her to his family and friends.

6. He naturally feels jealous when other guys are linked to her, but at the end of the day, it doesn’t make him paranoid because he trusts his girlfriend.

7. He always misses his girlfriend. He will call or text her randomly to tell that he suddenly misses her.

8. He will actually do everything to visit his girlfriend and be her side when he misses her so much.

9. He will give her all the affection she wants and needs.

11. He is kind to her. He doesn’t show any form of arrogance.

12. He is patient and doesn’t easily get angry.

13. He doesn’t blame her when the relationship has problems but instead assume the responsibilities to solve those problems.

14. He doesn’t claim all the credits for their relationship’s success but instead give the honor to his girlfriend.

15. He is persistent and consistent.

16. He is honest and transparent to her. His girlfriend doesn’t have any reason not to trust him.

17. He doesn’t cheat. He trembles to even think of cheating because he is very afraid of losing his girlfriend as a consequence.

18. He concentrates on her positive traits. He doesn’t dig on her negative past and use it against her.

19. He has fully moved on from his own past and always living for the present moment with his girlfriend while looking forward to a brighter future with her.

20. He loves and takes care of himself because he knows that he should always stays strong and healthy for his girlfriend.

21. He is passionate about her passion. He will practice countless times just to play her favorite music or learn to cook her favorite dishes.

22. He is the foundation of her support system. He will try his best to help her and lift her up to reach her great ambitions.

23. He makes relationship goals with her and strives to achieve them.

24. He is content and happy to have her. He doesn’t feel envy with other guys, as he believes he has the most beautiful girlfriend in the Universe and beyond.

26. He respects her as a woman and as a human as a whole.

27. He doesn’t hesitate to ask help from his girlfriend when he has personal problems. He believes that she is reliable and he has confidence in her.

28. He is reliable to his girlfriend. He is happy to help her when she asks him to help her with her personal problems.

29. He is a compassionate and understanding listener. He listens to what she says. He listens using his heart. He feels her pain and joy. He cries with her. He celebrates with her.

31. He is a good leader. He sets relationship rules as agreed by her. He doesn’t tolerate breaking those rules. But he forgives his girlfriend when she commits mistakes. He is a strong and at the same time, merciful and forgiving leader.

32. He doesn’t control or manipulate his girlfriend. Instead, he inspires her. When he wants to teach her something great, he sets himself as a good role model. He becomes the change he wants to see in her.

33. He is not close-minded. He is always open to listen, consider and try new things for the growth and maturity of his relationship with her.

34. He will make the relationship with his girlfriend more inspiring to the people around it so that they will honor it, not hate it or bash it.

35. He is fearless in loving her. He doesn’t care if he will not be loved in return. All he wants is to give the pure and true love to his girlfriend, and he is already happy doing that.

36. He breaks his bad habits for her. He is reborn as a whole new person for the happiness and success of his relationship with her.

37. He loves her all the time… even at times when she hates him.

38. He is humble. He will always think that he still lacks many things to be the best boyfriend for her. And so he will always strive to be a better boyfriend every single day.

39. He is working hard to be ready at the right time to be her ex-boyfriend, that is, to be married with her, be her faithful husband, the loving father of her children, and her partner for life.

40. He will be with his girlfriend on the right path to life. He loves her, his relationship, and our Almighty God.

A good boyfriend will always strive to be a better partner for his girlfriend. He may not be doing all of the above now, but he will always try them all and even surpass them to make his relationship stronger, happier and lasting with her. 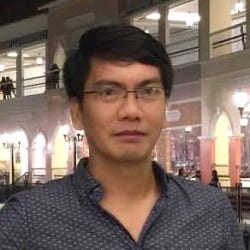