Was Dunder Mifflin a productive place to work at? I guess that depends on who you were. Some people were more productive than others, but the entire office had to succumb to their boss’s constant need for useless and often inappropriate meetings and interruptions, so the productive people often had to pack their productivity into a small amount of time around the nonsense. Regardless, we can learn some things about productivity from a few Michael Scott And Jim Halpert Quotes.

Contents show
1. Productivity Often Gets Sidetracked By The Little Things
2. Getting The Work Done When The Annoying Guy Is Asleep
3. Get A Good Night’s Sleep
4. Do The Things That Actually Matter
5. We’ve All Worked With This Guy
6. When Should You Slack Off?
7. You Got To Use Your Own Mind
8. Write Stuff Down
9. Be The Boss Of Dancing Sometimes
10. When You Are Productive You Help Others Be Productive Too

1. Productivity Often Gets Sidetracked By The Little Things 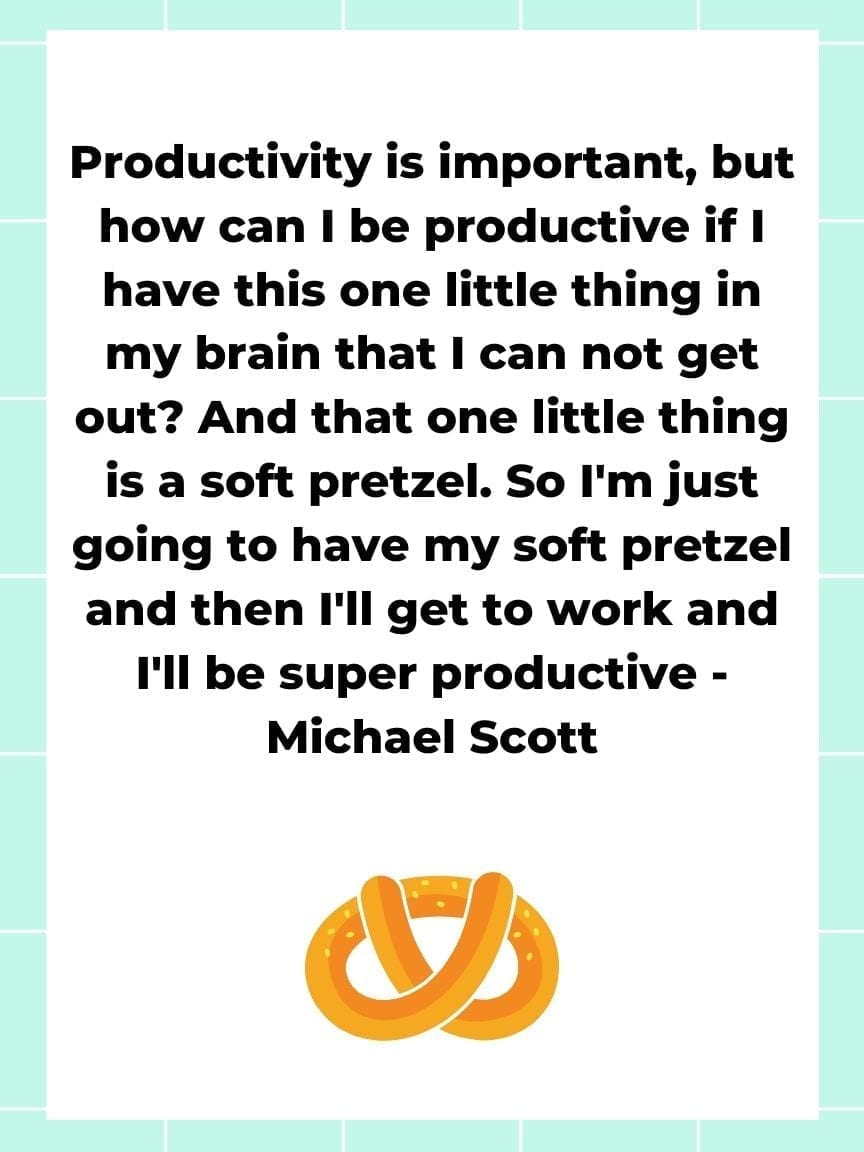 People like Michael Scott let distractions keep them from being productive most of the time. Their distractions dictate what they do.

People who are productive, eliminate distractions and keep themselves on track. They dictate what they do.

2. Getting The Work Done When The Annoying Guy Is Asleep 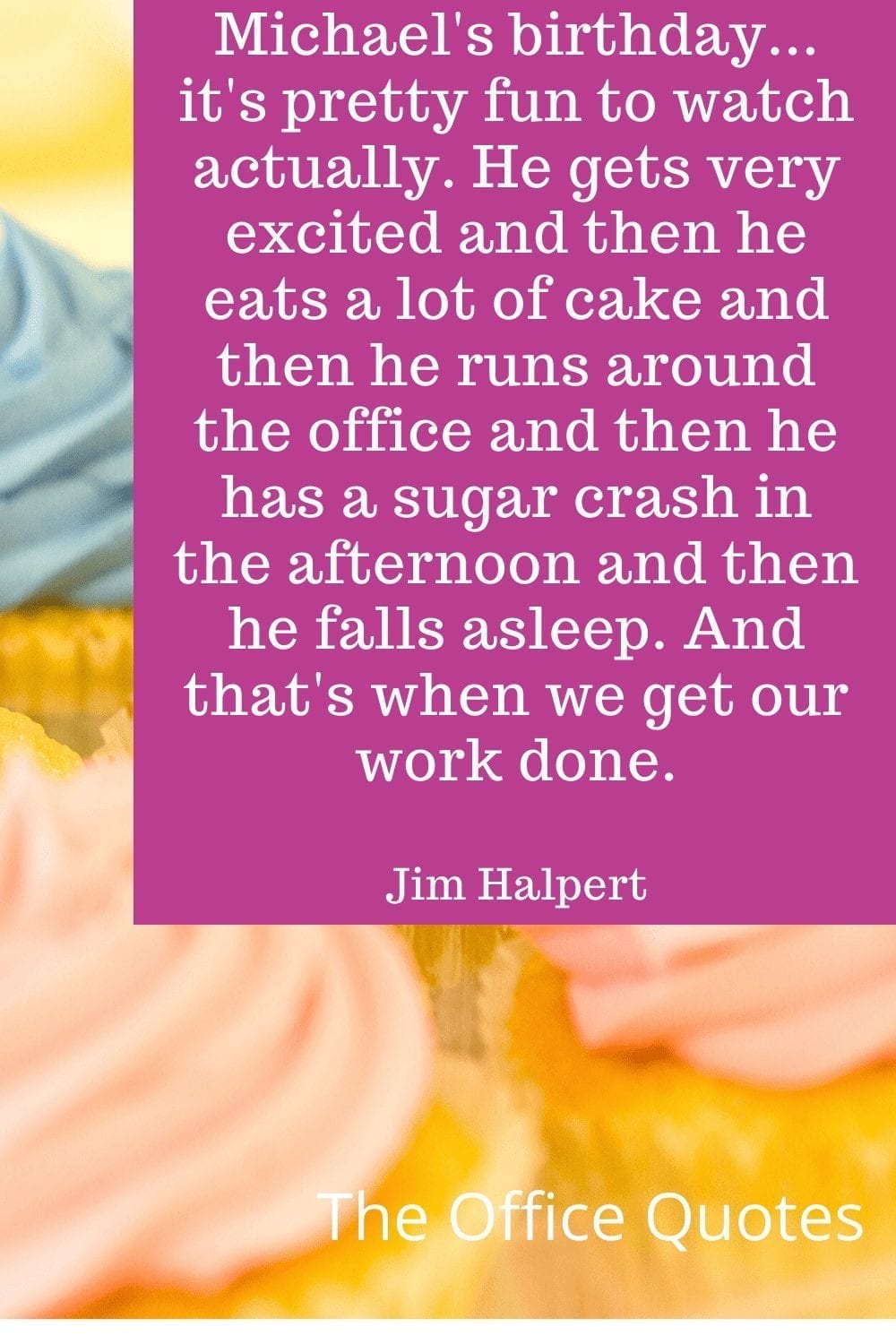 One of my friends had a boss who would demand his employees to watch him play the tuba. No kidding. It was absolutely ridiculous.

The problem was that the boss didn’t have that much work to do and so he was dragging his employees down with him. His sheer ignorance and arrogance were dragging down other people’s productivity.

This happens in a lot of places. Other people’s ignorance or arrogance will keep you from doing what you need to do. If you have someone around you like that, you need to find a way to let them know that they are cutting into your productivity time or find a way to remove yourself from their presence. You will get a lot more done when you do.

3. Get A Good Night’s Sleep 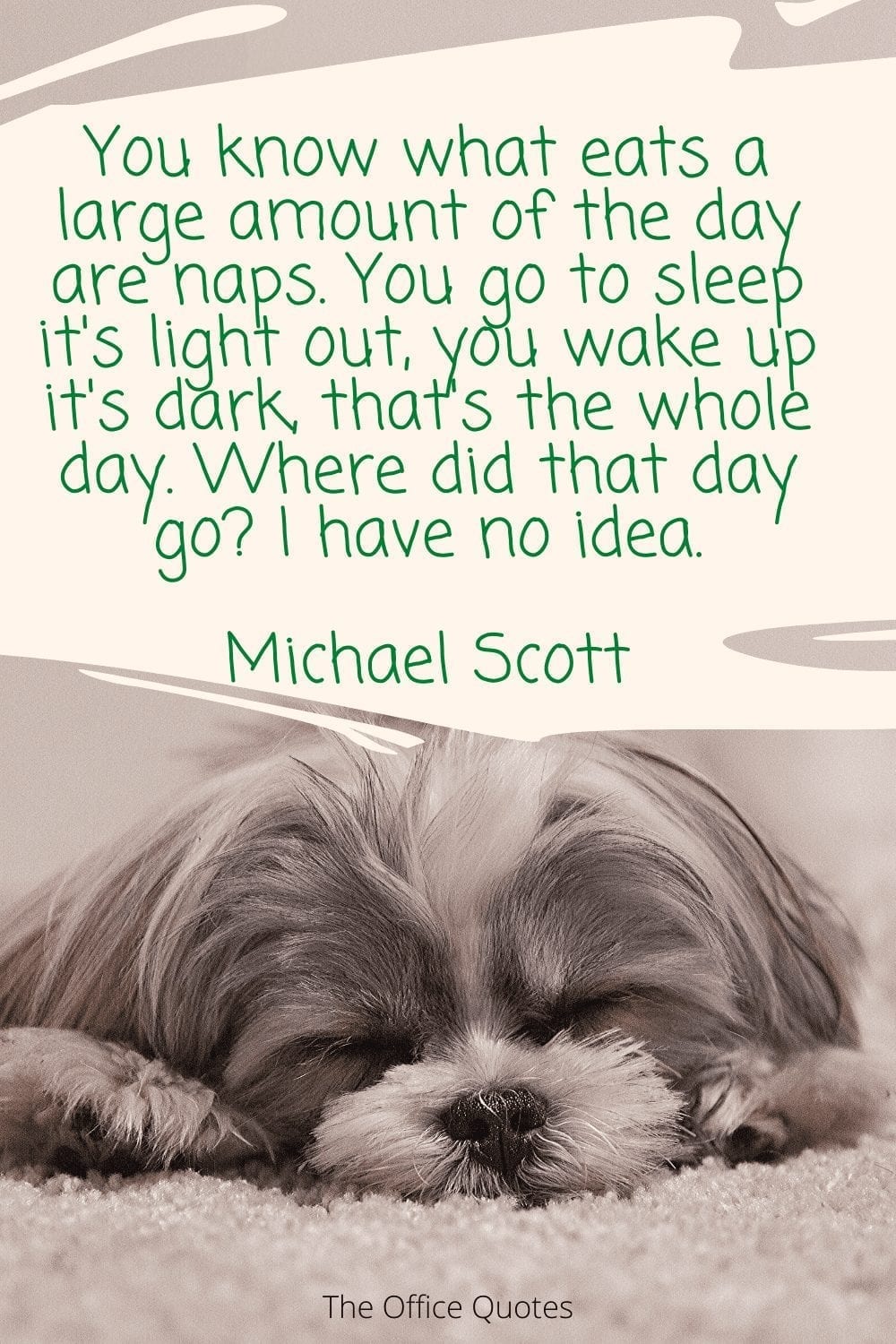 Naps can really soak up your day. Especially long naps that are replacing your nighttime lack of sleep.

By the way, Michael Scott was talking about workdays, not weekends. 😉

My advice is to get the sleep you need in the nighttime in order to stay awake and be productive throughout the day. If you have problems with sleep, you may want to check out The Sleep Quest on Mindvalley or another resource that can help you get a better night’s sleep. It will be a life-changer if you do!

4. Do The Things That Actually Matter 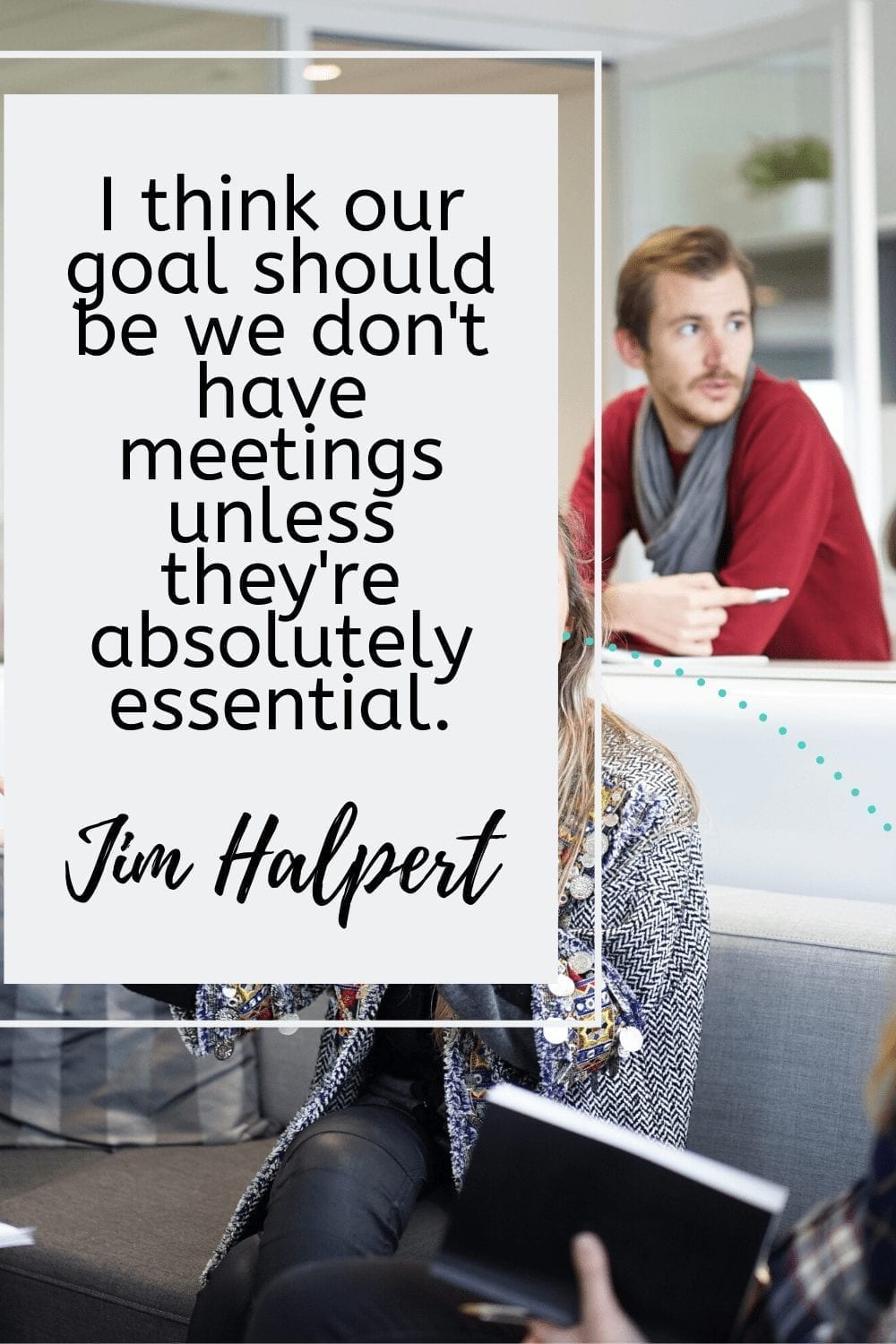 Jim Halpert’s advice is pretty on point. Of course, he was one of the most sensible guys in the office, and he was constantly being exposed to Michael Scott’s meetings, so it makes sense.

A big part of being productive is doing what matters and stopping what doesn’t. Even if that means saying no to meetings or skipping events that don’t pull you towards where you want to be.

Jon and Missy from Lifebook Online talk about making a stop doing list. On it, you write down the things that you need to stop doing now for a better life in all areas of your life. Then commit to stop doing those things.

5. We’ve All Worked With This Guy 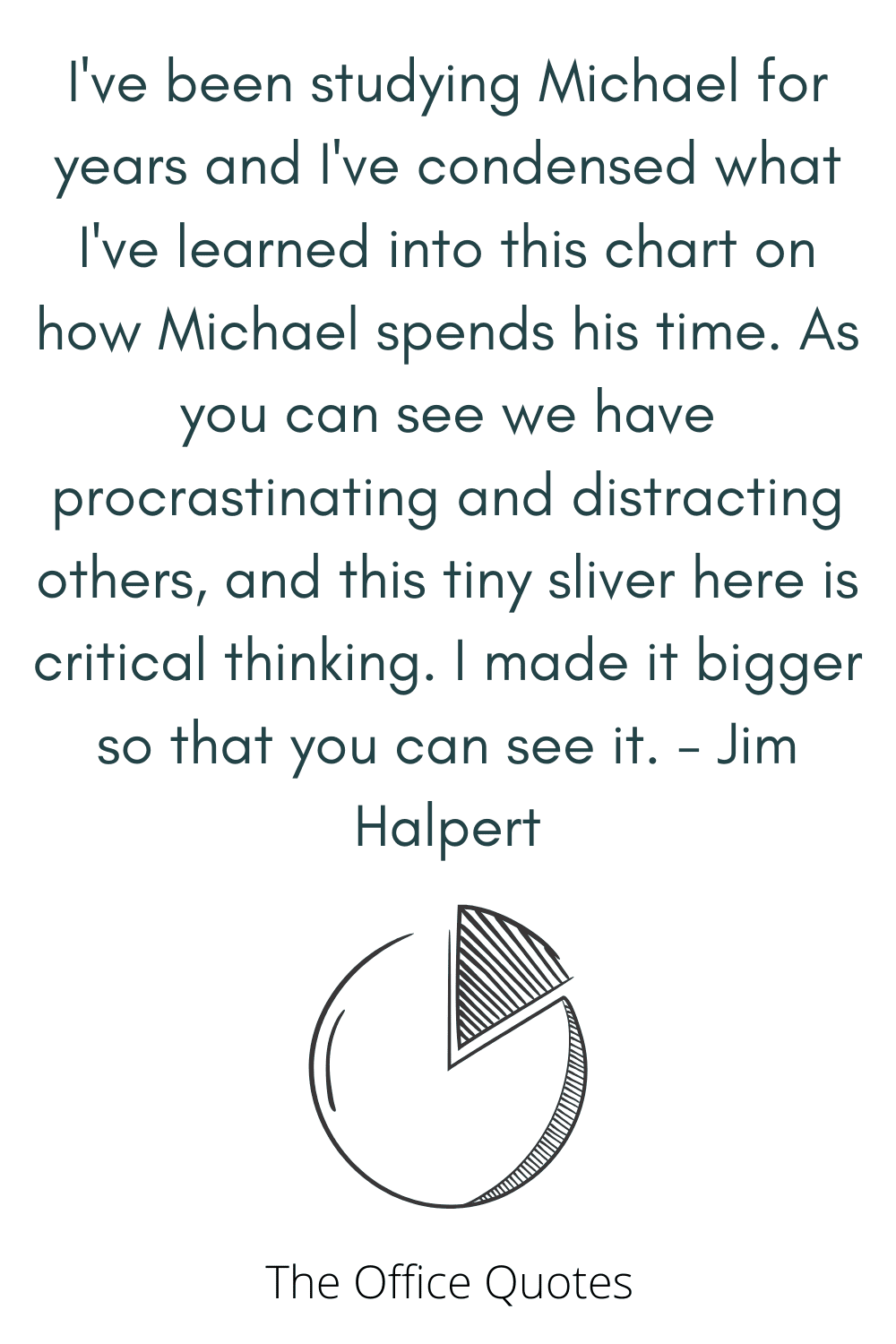 If you haven’t worked with this guy, please tell me in the comments below. I’m going to have a hard time believing you, though, because there is always the guy who is either doing nothing or causing other people to do nothing. Yet, once in a while they come up with an idea that can actually help solve problems in business or other areas.

If you are that guy or gal, it’s time to make yourself a new chart.

6. When Should You Slack Off? 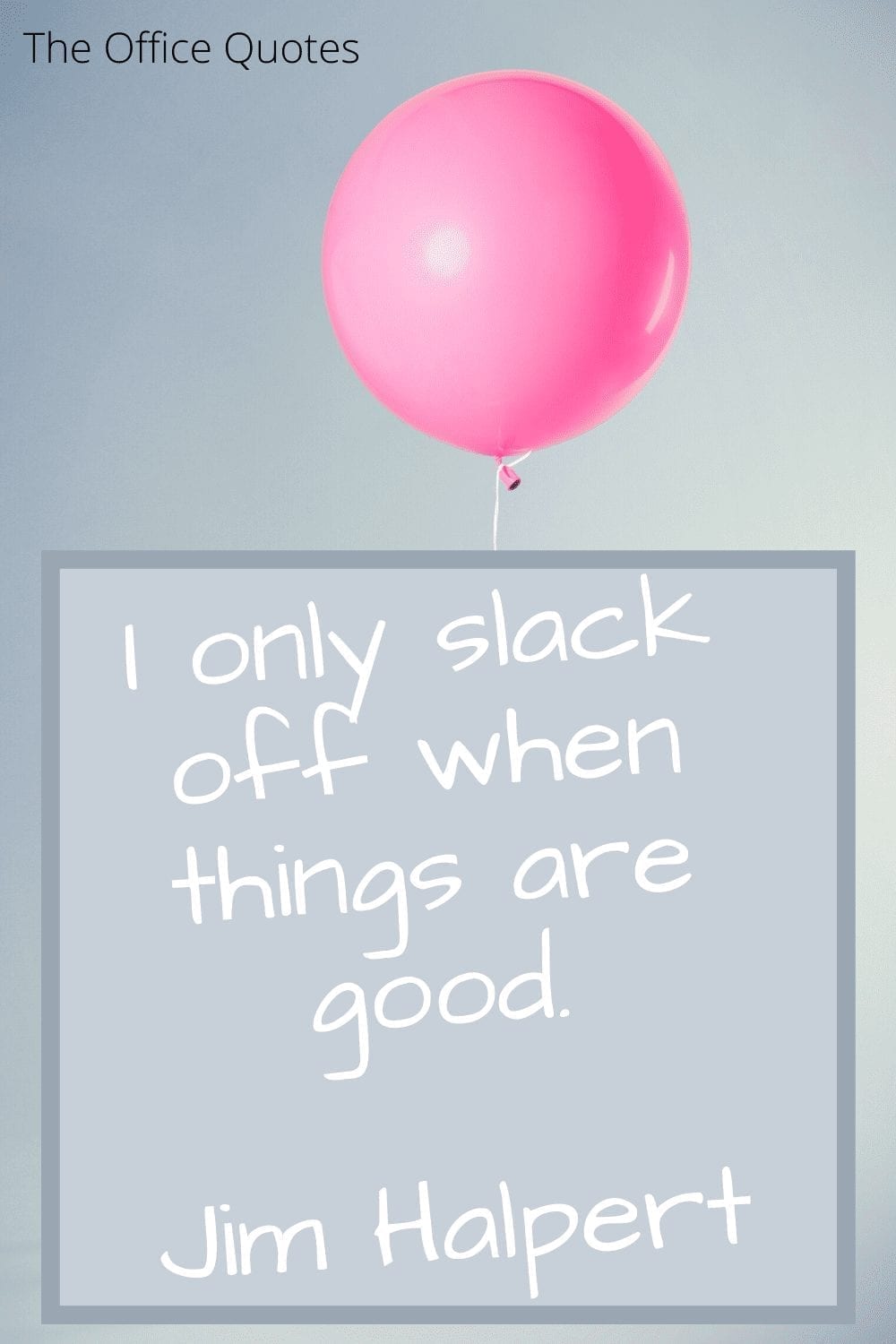 If you want to be productive, don’t slack off when things are bad or good.

But, if you do need to take some time away from things, it’s better to do it when things are good and can handle themselves somewhat.

Better yet, outsource your duties when you want to keep being productive but have some time off.

7. You Got To Use Your Own Mind 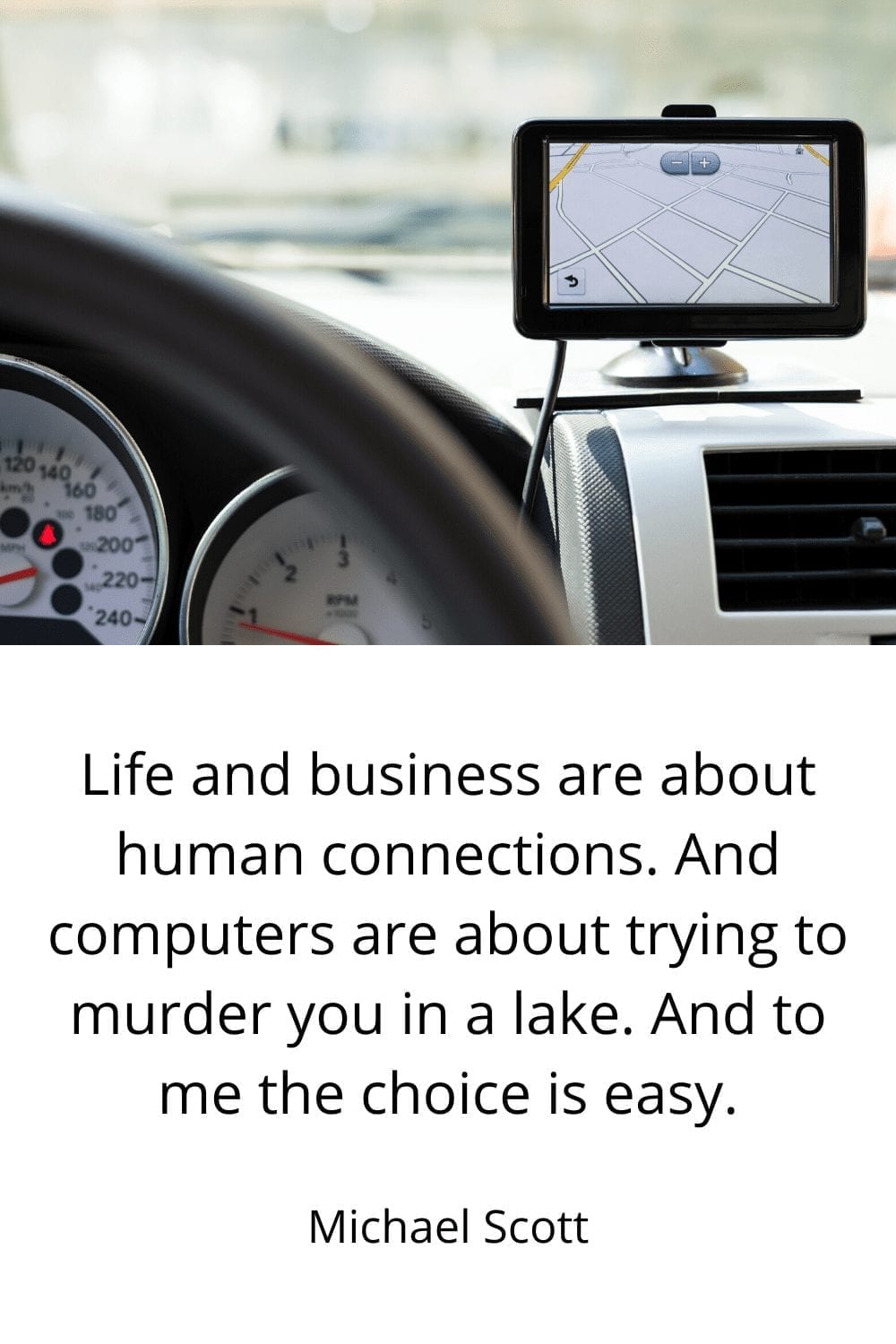 When Michael Scott drove himself and Dwight Schrute into a lake because he trusted a GPS, he learned the hard way that sometimes you can’t trust a computer to tell you what to do. And his lesson is actually useful when it comes to being productive in your day.

Trust your gut, make human connections, allow other people to help you make decisions that can take you in the right direction. A computer is a tool, not the instrument of your decisions. 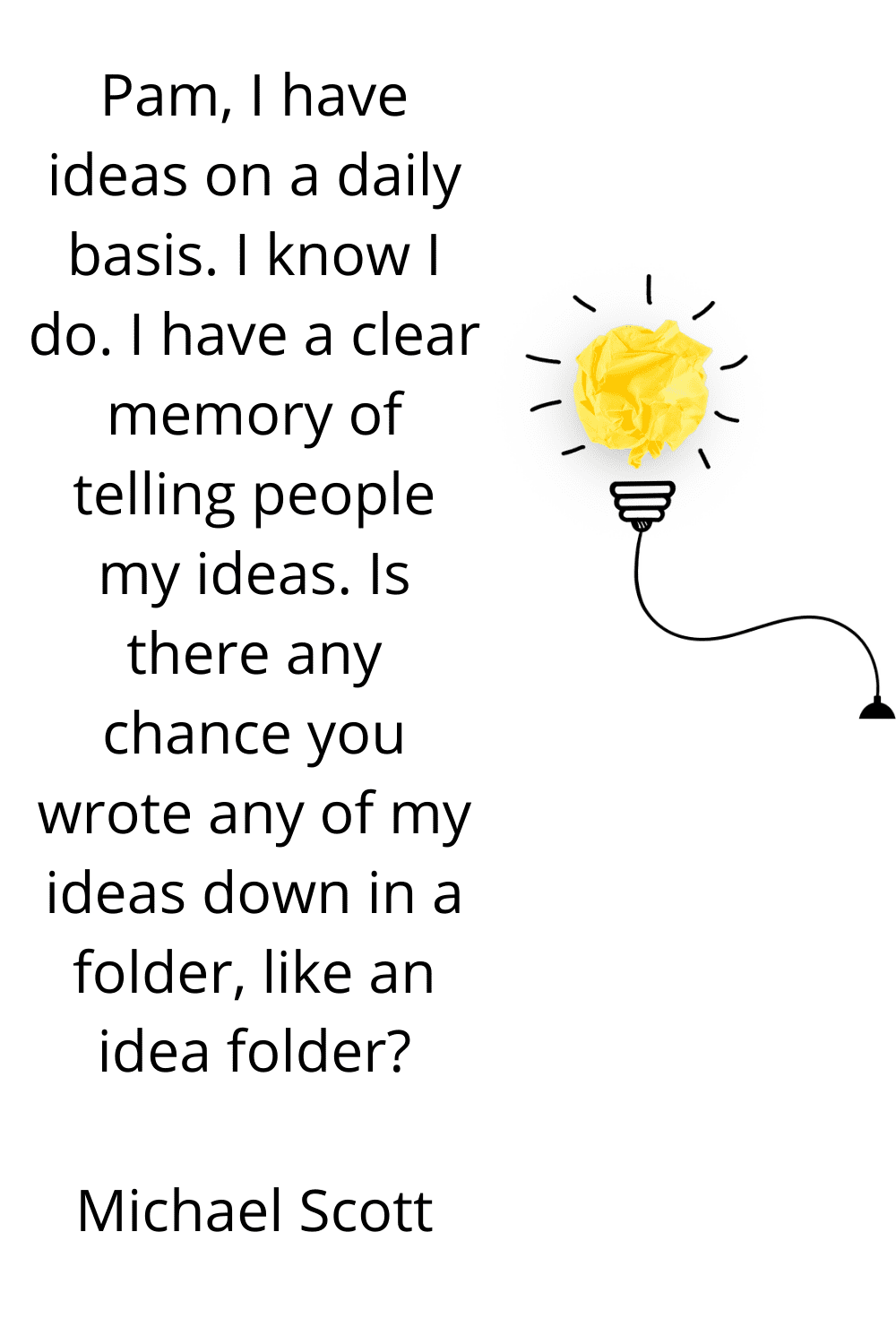 Want to be your most productive self? Write down things when you think of them. It will help you out later on when you really need to remember that brilliant thing you thought of.

The most brilliant people carry journals around with them so they can capture every thought and idea they have that they want to remember.

9. Be The Boss Of Dancing Sometimes 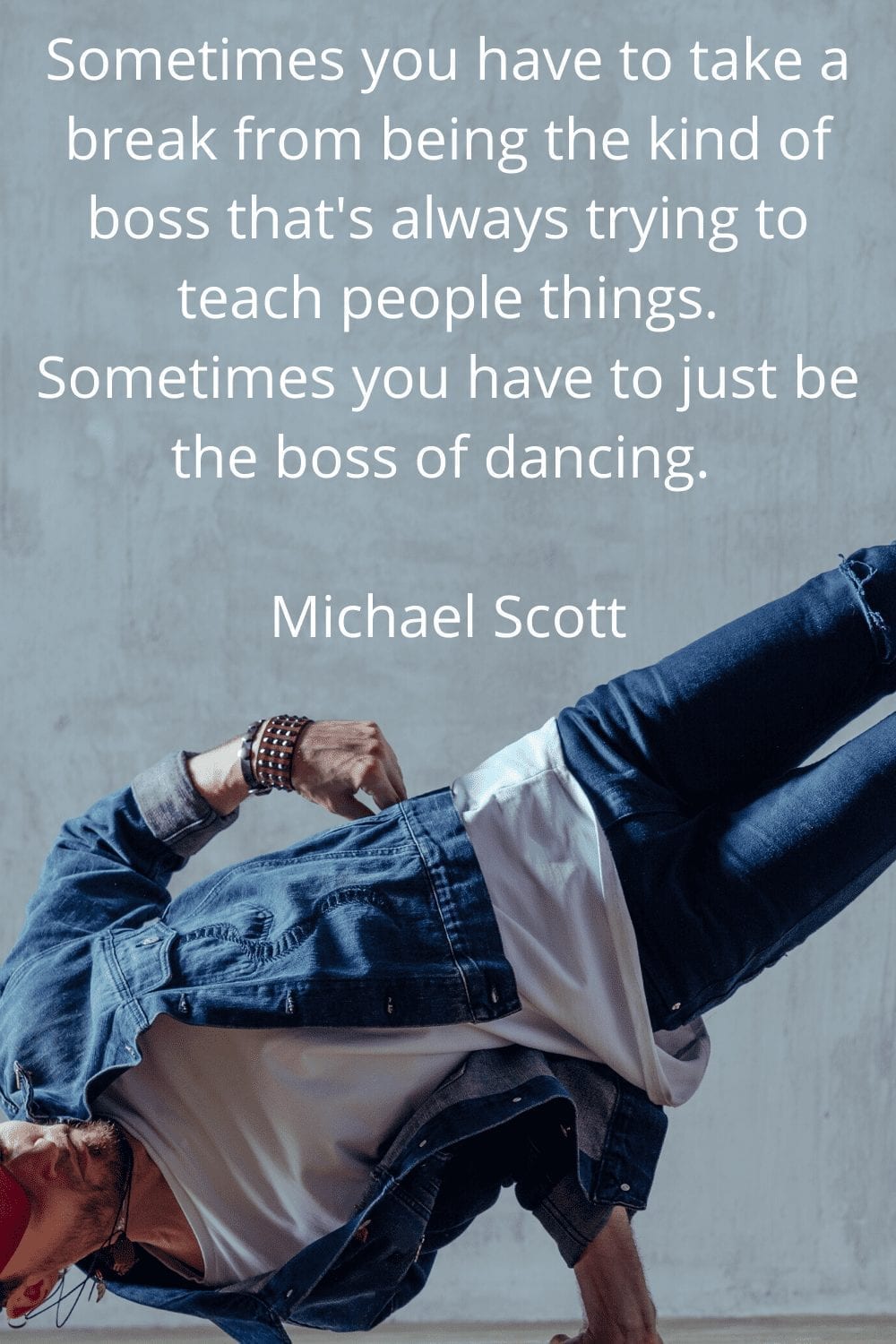 You can’t always be serious. Sometimes you got to show people that you have other qualities besides being a hard worker and productive person. Sometimes you even need to show yourself that!

Downtime is important for productivity. It helps you reconnect with yourself, your goals, and your motivation behind everything. 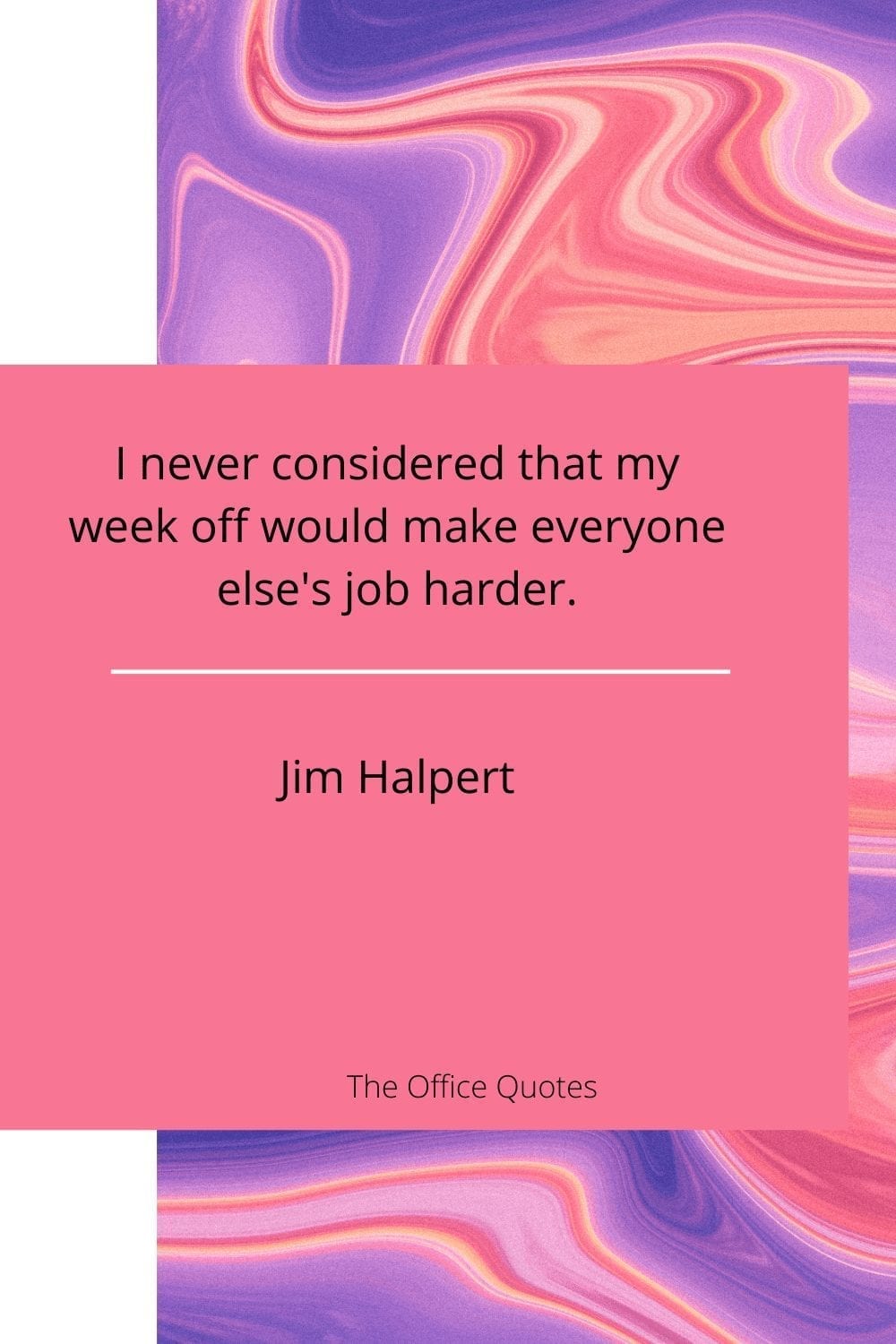