One of the most difficult things that may happen to you after a breakup is winning your ex back. Surprisingly, this happens to many people; sometimes, after ending a relationship, they realize they truly love their former partner and become eager to win them back. However, this isn’t an easy goal to achieve due to various reasons that only your ex knows.

Don’t fret, though. While it can be hard to accomplish, winning your ex-boyfriend or girlfriend back is doable. You need a lot of patience and a clear intention as to why you want him or her back. Among the best ways that can help you achieve this goal are:

1. Give yourself time to assess things.
When working towards making your ex want you back, you have to first take time to think about certain considerations. Why did you two break up? Were there things you did that got them fed up? What were your arguments usually about? Was there is a third party involved?

By answering these questions, you can then find opportunities in which you can start your plan to make your ex want you back.

2. Get yourself back together.
It’s expected that you feel lost and broken after enduring the breakup, but after spending time to cry and vent, you have to get back on your feet as soon as you can. Find ways to uplift your confidence by doing a makeover and shaping up –both physically and emotionally. You have to bring back the person you were back when he or she first got attracted to you, the person they wanted to be with. Once you have that re-established, the more likely will they take an interest in you again.

ALSO READ: 14 Signs Your Ex Still Loves You and Wants You Back

People don’t usually return to their exes other than two reasons: this may be because they realized that they still have feelings for this person or have confirmed that that person has changed for the better and is worth wanting back. You have to make them see that this better version of you is enough to make sparks fly again.

4. Always look good.
Looking good is always essential when making your ex want you back. This is because he or she may be seeing other people while rekindling the flame with you, but they only want to be friends with you at the moment. By looking good, you exude confidence and an appeal that makes them want to show you off to the world. This is something essential because it elevates you from being a side companion from the past to a returning VIP in their lives.

Looking at your best self also puts pressure on them; they may be going out with other people, but your friends would be telling them that now you have improved, letting you go would be their biggest regret waiting to happen.

If your partner broke up with you because they chose another person, acting like you were not affected somehow ticks their nerves in a way that they couldn’t believe you’ve actually moved on from what happened. They’d also see the person they lost that moment they chose to end the relationship, and this would give them more reason to contemplate about coming back to you.

6. Let your ex notice you, but don’t make the first move to reach out.
It would be best if you made your ex notice you. However, you have to do this subliminally. Show off in your social media accounts by flaunting your post-breakup confident self, making a good impression on the friends you share with them, and shrugging off the topic about your breakup.

However, it is also a must that you do not make the first move when reaching out to your ex. This will only make your intentions obvious, and doing so makes it seems like your efforts are all because you want them back in your life. That makes you look desperate, and that’s not something you want them to even think about. Let them be the first to chat with you on Facebook, send you a private message, or call you over the phone. 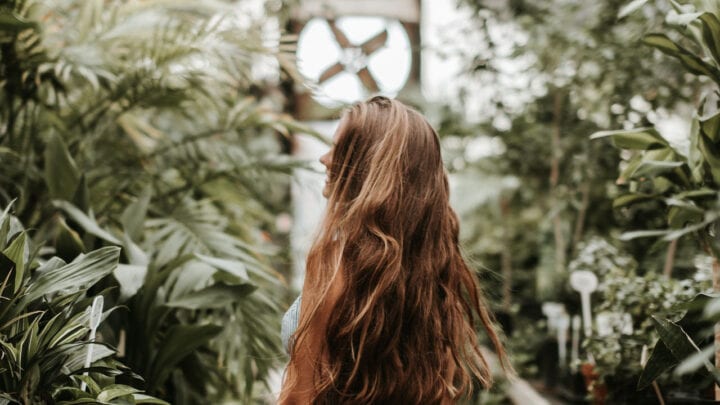 7. Rekindle the friendship, but don’t go overboard.
Once your ex reaches out to you, indulge in a conversation. Talk to them, enjoy the chats, and even the succeeding meetups. Savor the time you two are rebuilding the friendship that died along with the breakup, but at the same time, don’t go overboard. Remind yourself that you two are just friends and nothing more yet. This is because your ex needs to realize the salience of your presence in their lives, now more than ever. They have to wake up on their own and not be nudged by you.

ALSO READ: 14 Ways to Stay Friends with Your Ex After a Breakup

8. Do the things you wished you did back when you were still in a relationship.
Were there things you regretted not doing when you were still a couple? In this phase, you may want to bring them to life. These may include cooking them a scrumptious meal, writing them sweet letters, attending events special to their life (such as games in which they are players), and even being friends with the people who matter to them.

It would help if you got to do the things you missed out on because these are the things that your ex most likely looked for when you two were still together. Seeing you doing these will definitely remind them why they wanted to be with you in the first place, and know that these things are coming to life, returning to you will be worth a try.

9. Make every moment together meaningful.
Let’s say the ex you want to get back with is seeing someone else. If you have already started doing the aforementioned steps, it would be easier to snatch moments with your ex as they assume that you are spending time together as friends. In this regard, it is important that you can make every second, minute, and hour count.

Make them see that you are not worth letting go again. Let them feel that they are becoming the best version of themselves whenever they are with you and not with anyone else-not even the person they are now seeing.

Once they realize this, they will definitely beg you to take them back into your life and rekindle your relationship.

10. Remind your ex about the best times of your relationship through actions.
When your ex continues your conversations, he or she will most likely ask to hang out with you later on. In this phase, you may want to show them that spending time with you is all worth the effort. You can do the things you two liked doing back as a couple, from playing board games to strolling in the park or watching horror movies. It is important to remind them of the best times of your life together, as with this new version of you, the more they would see that it’s worth having you back, not only as a friend but as a partner.

11. Show, not tell, your improvements.
When plotting your return to your ex’s life, you have to showcase your improvements but not state them explicitly. You may want to dress up better, interact with people more confidently, act with grace and finesse, and most importantly, show kindness. You have to look, act, and behave nicely, especially in the social circles you two share, including social media.

When your common friends and the other people who knew you two used to be a couple see that you’ve come out of your shell, they’ll definitely spread the word until it reaches your ex. He or she will then be curious about what you’ve been doing since the breakup, which may lead to reopening communication lines that were thought to be dead.

12. When your ex reaches out, act cordially.
You may get giddy once you receive a call or text from your ex, even if it’s just a “hi” or “what’s up”. You are entitled to feel giddy as this is a sign that your plan is working, but don’t ever show it to them. Act cordially. Reply with a simple “hi” and “I’m good.” You may want to continue the conversation by asking them back the same question, but if they don’t reply (or if their response seems to end the conversation), don’t push things further.

Acting cordially, as in being friendly but not showing that you are enjoying the attention, makes your ex believe that you have actually matured and have learned from the past. This will also make him or her more interested in getting to know the “new” you, and while it may take time, they will want to reply and engage in lengthier conversations with you moving forward.

13. Make your ex feel that you have already gone past forgiveness, but you still care.
It is important that you make your ex feel two things: first is that you have already forgiven him/her and yourself of the hurt brought by the breakup (including past misgivings), and second, that despite everything that has happened, you still care in the same way as you did before. That is when they will see that your love hasn’t changed and is worth nurturing again. And given how much you have matured as a person, the better they see their future with you.

When working towards getting your ex back, you should also be sure of your intentions. Do you want this because you really love the person and the relationship or feel cheated on want to get back with a vengeance? Is it really worth the effort to make them come back to you? Do you really see yourself with them in the future?

Rekindling an old flame opens a can of worms and reawakens ghosts from the past. If you think these are worth facing again, then, by all means, work towards getting your ex back. However, if the answer is no, then perhaps you have to move on and move forward with life.

16 Ways to Move On When You Still Love Your Ex

14 Signs Your Ex Still Loves You and Wants You Back

I Miss My Ex So Much! 18 Things to Do When You Miss Your Ex

23 Signs Your Ex Regrets Dumping You and Feels Miserable

10 Reasons Why You Can’t Move On From Your Ex